Shadowbox Mirror - I FINALLY Got One!

If you've been reading this blog for a while, you probably know I've been looking for a really over-the-top, gaudy shadowbox to hang on the wall here at the Uncle Atom crib.

Well, the planets finally aligned.  A few days before we were set to leave for Chattanooga and the World's Longest Yard Sale, I spotted this great shadowbox on that auction site. The price was not ridiculously low, but it also wasn't ridiculously high.  The seller was willing to work with the buyer on shipping but preferred the item to be picked up.  That's understandable, because it's easy for one of these beauties to be damaged in shipping, with all of the glass and mirror pieces and fragile moldings. Luckily, I noticed that the seller was within a couple of hours of Chattanooga.  So, I pulled the trigger and bought it.  The seller was great to deal with, and as we were starting the Yard Sale, we already had the shadowbox in the back of our car.  Anything else found at that point was simply gravy, or icing if you prefer.

Originally I wanted to have a shadowbox to go behind our bar in the basement Rumpus Room, but as you may remember, there's now a huge 8-foot Man From U.N.C.L.E. banner there.  So, the shadowbox needed to go upstairs into the living room. 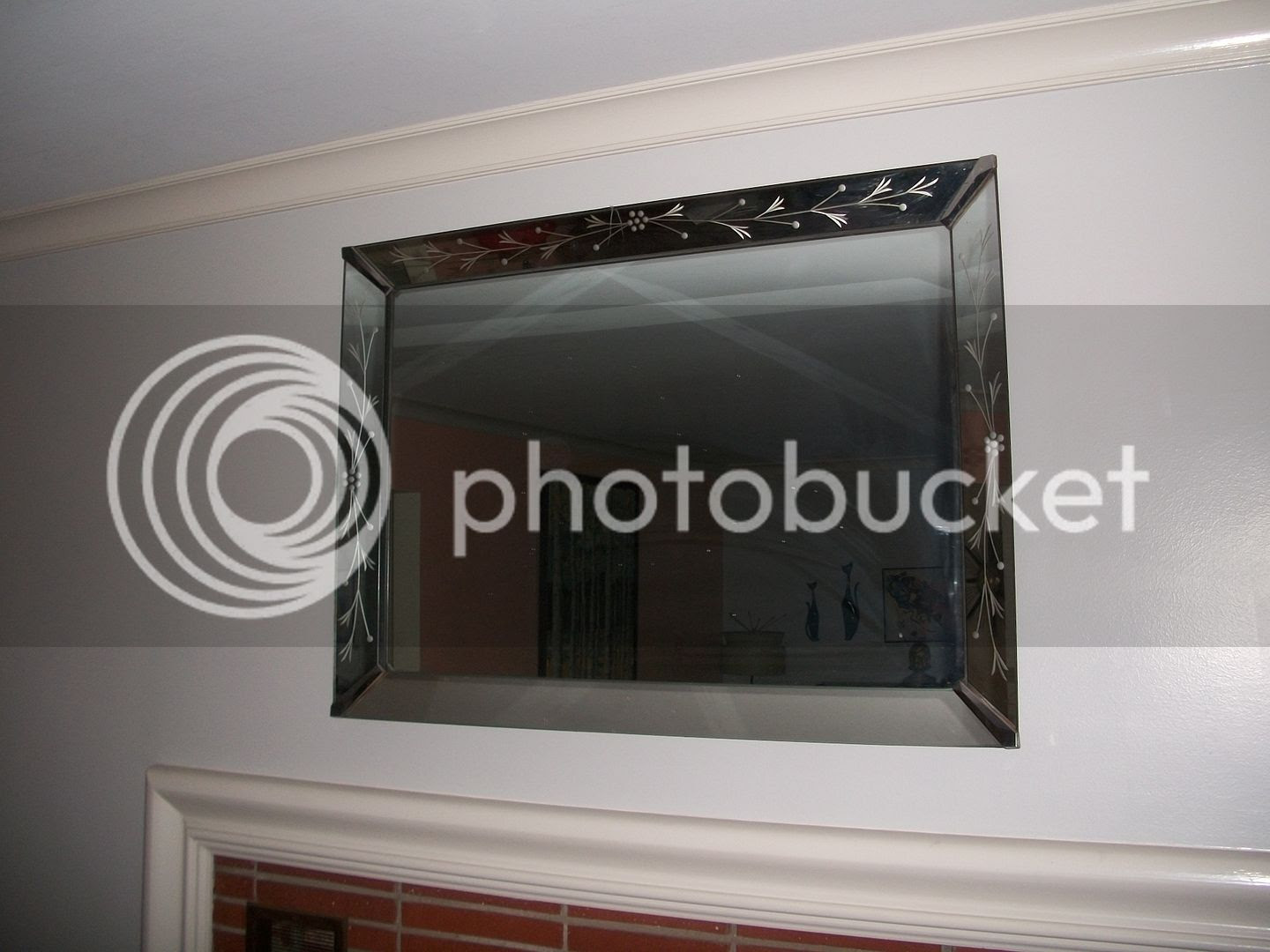 I had this heavy mid-century mirror hanging above the fireplace (I'm guessing it's from the early 1950s).  We now have it up for sale at a local consignment shop.  Whatever we make on it will be gravy (or icing), because I had picked up the mirror at a country auction years ago for about $5. 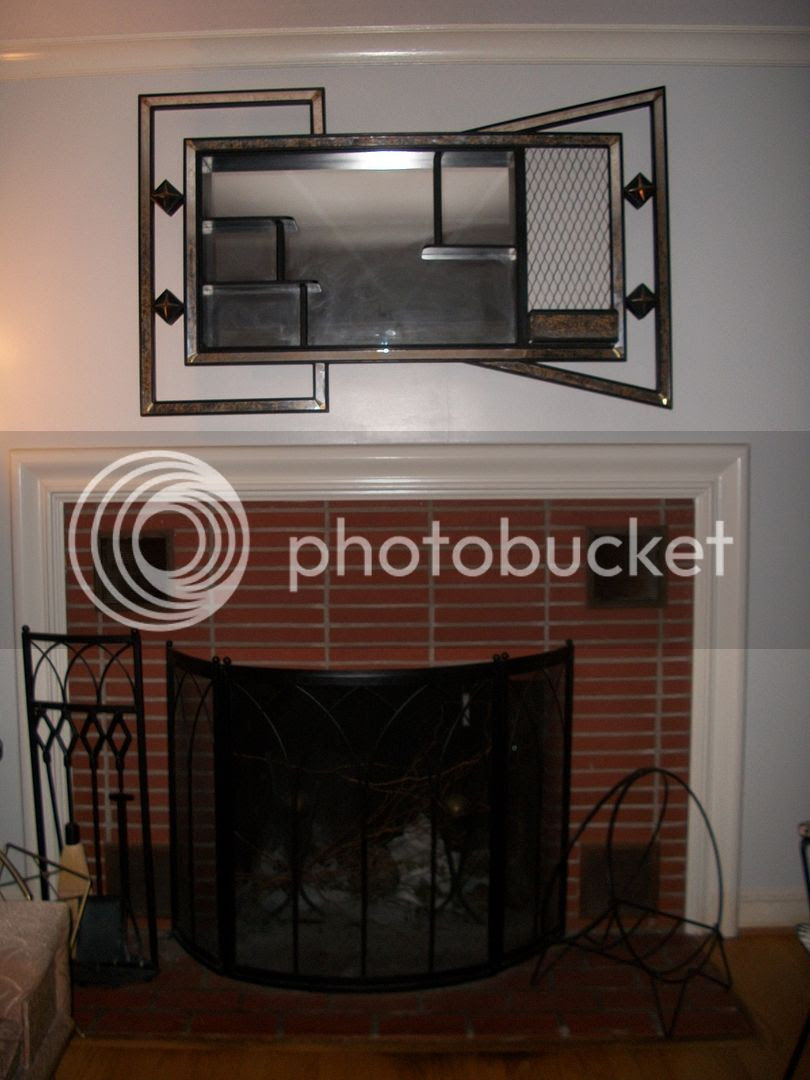 If you look carefully at the first picture above, you'll see the ugly wire holding the shadowbox against the wall.  Well rest assured dear reader, I fixed that problem.  The wire is gone and the shadowbox now hangs on two reinforced screws using the original hooks on the back.  No ugly wire now.

Now that it's safely in its new home, I'm starting to look around for stuff to display on the shelves.  Any ideas?  I'll probably try to dig up some more vintage bobblehead nodders. 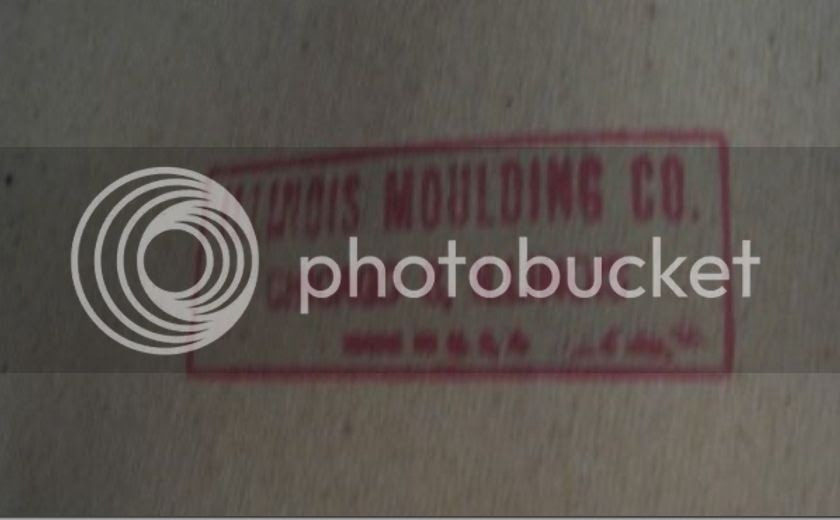 This shadowbox was made by the Illinois Molding Company, as noted on the back. 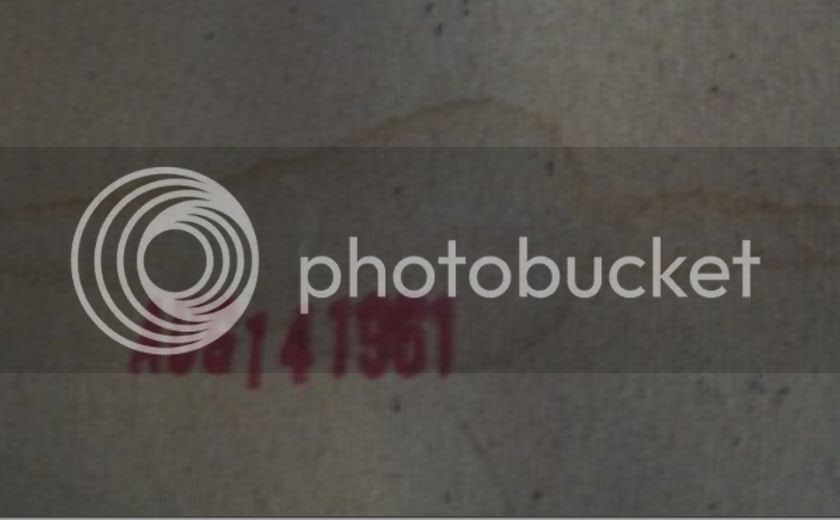 And.....it's celebrating a birthday this week!