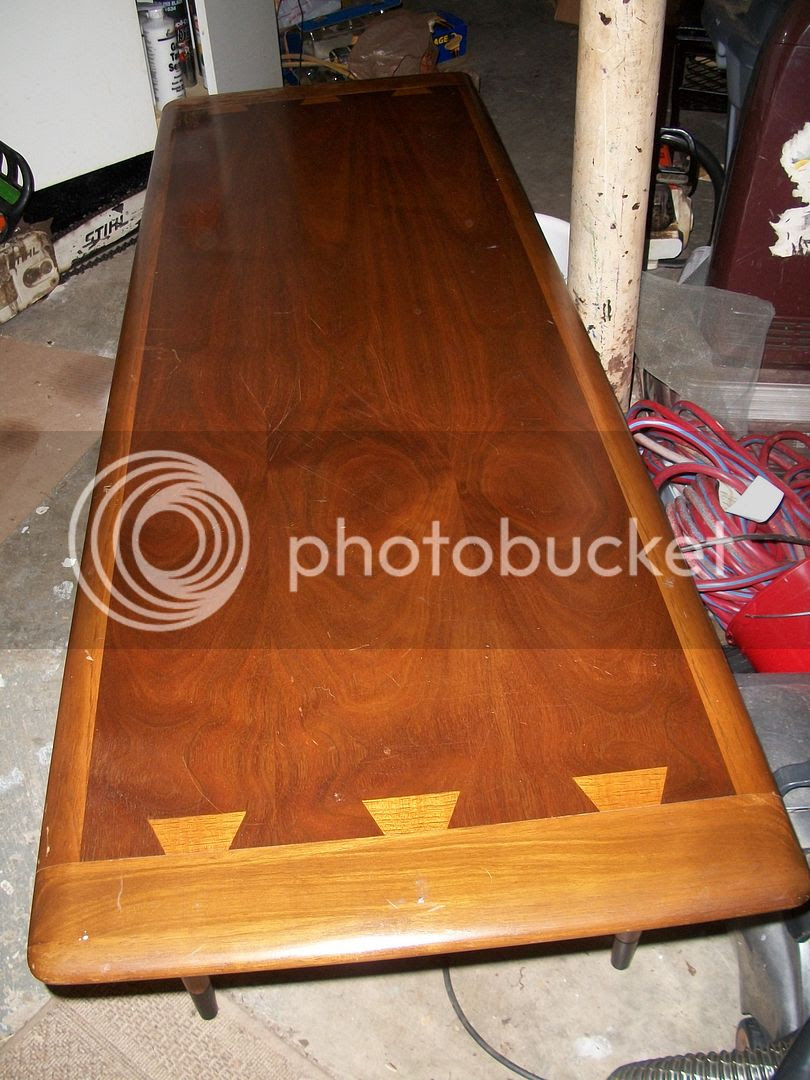 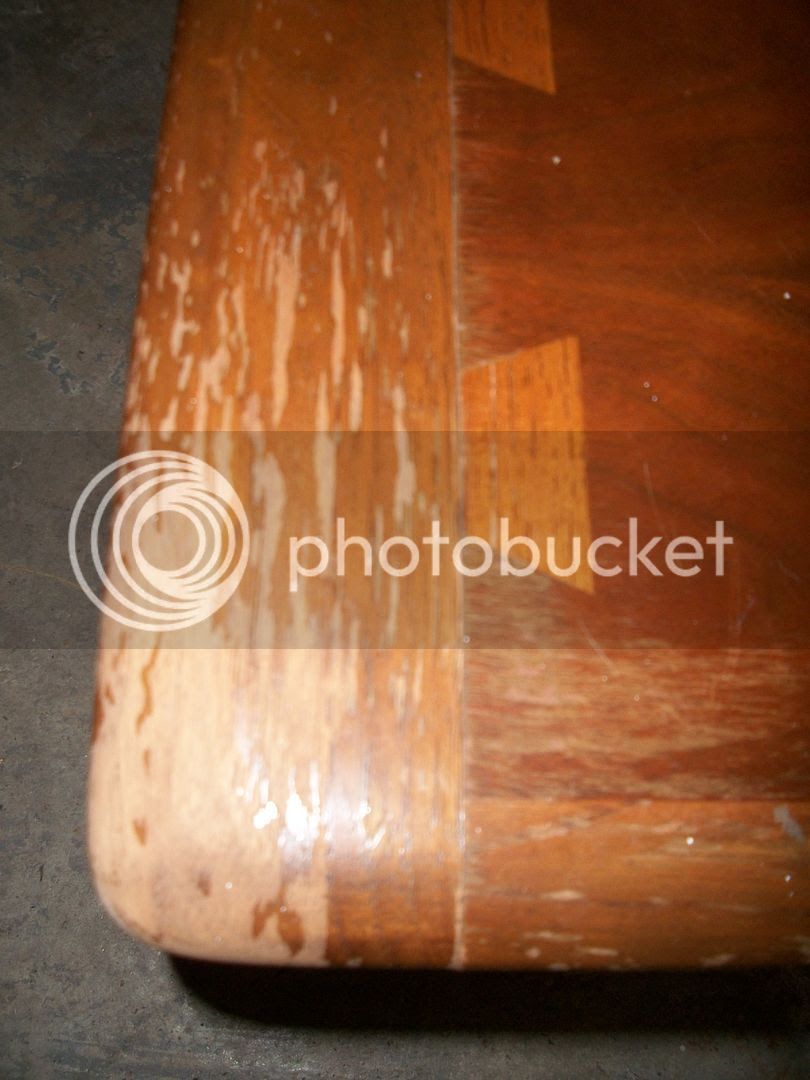 OK, so back in the summer I scored this great Lane Acclaim coffee table at an estate sale for a nice price because it had some serious wear on the finish.

I've been biding my time on tackling this project, but the other day I happened to find a two-tier Lane Acclaim end table at the nearby thrift shop/consignment shop, and it had similar finish issues but also was very solid.  Together I have only about $80 in these tables, so I think I'm doing pretty good.  Now to see if I can get them looking good again.

I've picked up some good information on these from several sources, including Mr. Modtomic, and from this link at JetSetModern.  I learned that the dovetailing at the ends of the tops is very think veneer, and so is the center section of the table tops.  When I say thin, we're talking almost paper thin.

I ran across someone on Flickr who did a lot of sanding and then applied multiple coats of lacquer to make her's look like new, so that was an option I for me, but man I hate sanding.  I do it, but I hate it.  And sanding this thin veneer is risky, you can cut right through it if you're not careful.

I figured I would first try a variety of stripper I've been using a lot (I went through a whole jug of the stuff on the metal outdoor chairs project). 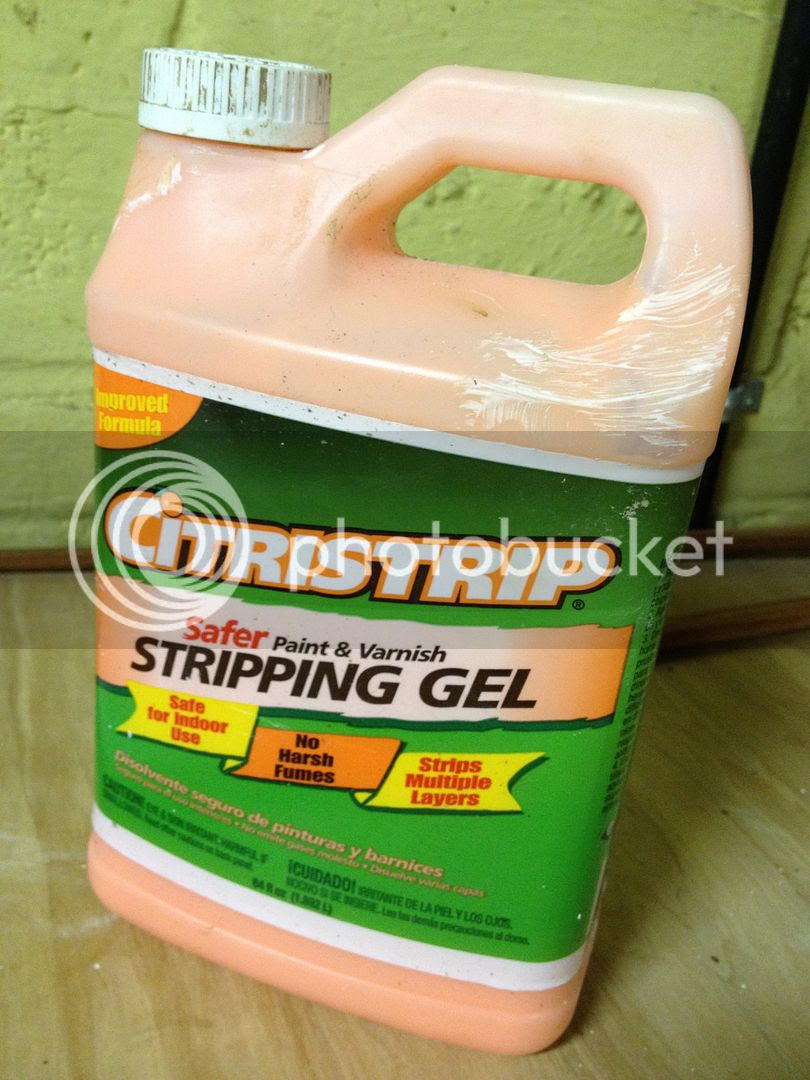 It really works great and it's orange-based so it's not too harsh to work with. 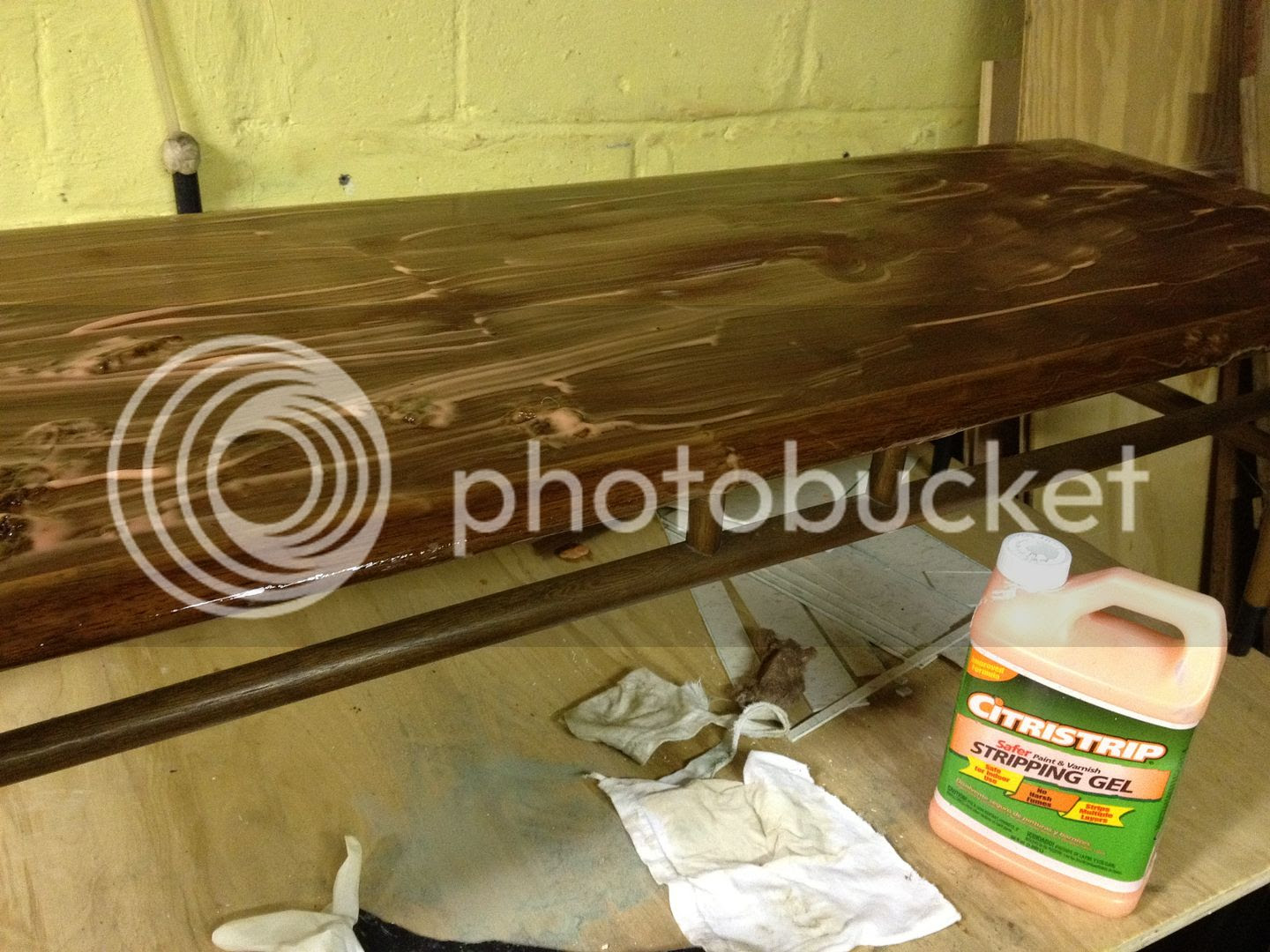 The coffee table's one end was practically bare so I figured I would try a little of the orange stripper around that area.  After you let this stuff work for a while (usually 20 minutes is enough) you can scrape it off with a razor blade.  So I tried that, and I knew right away that I liked the results, so I did the whole coffee table top this way. 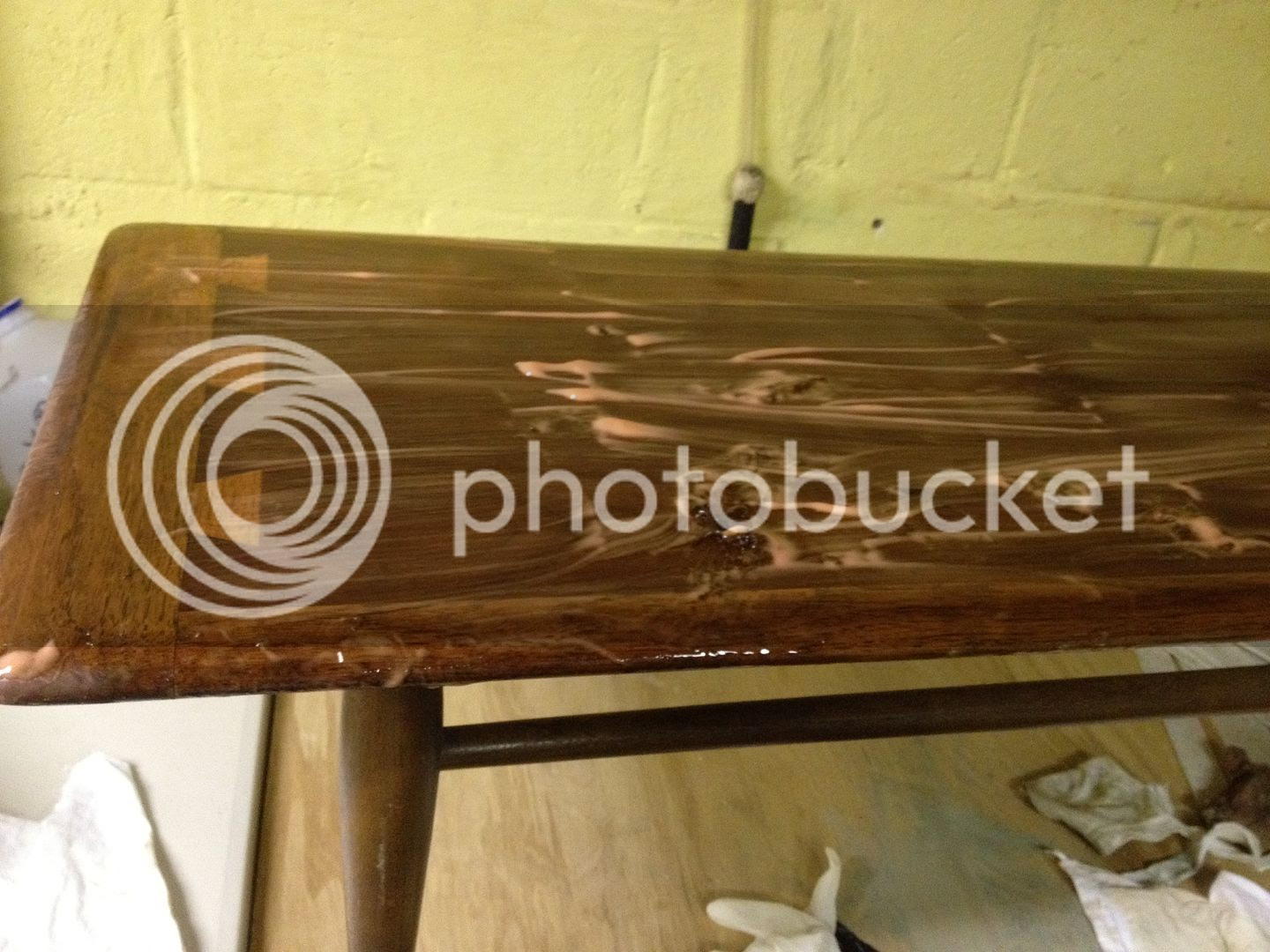 What I scraped off was sort of like molasses, but underneath I had a pretty nice looking result.  I did have one spot where the razor blade caught the veneer and took it right off, leaving an inch-long splinter that I had to glue down again.  That's how I know how thin this veneer is.

The razor also left some scratches in places, so I will have to do some sanding, and that light sanding should help ensure that I've gotten all traces of the stripper removed from the wood. 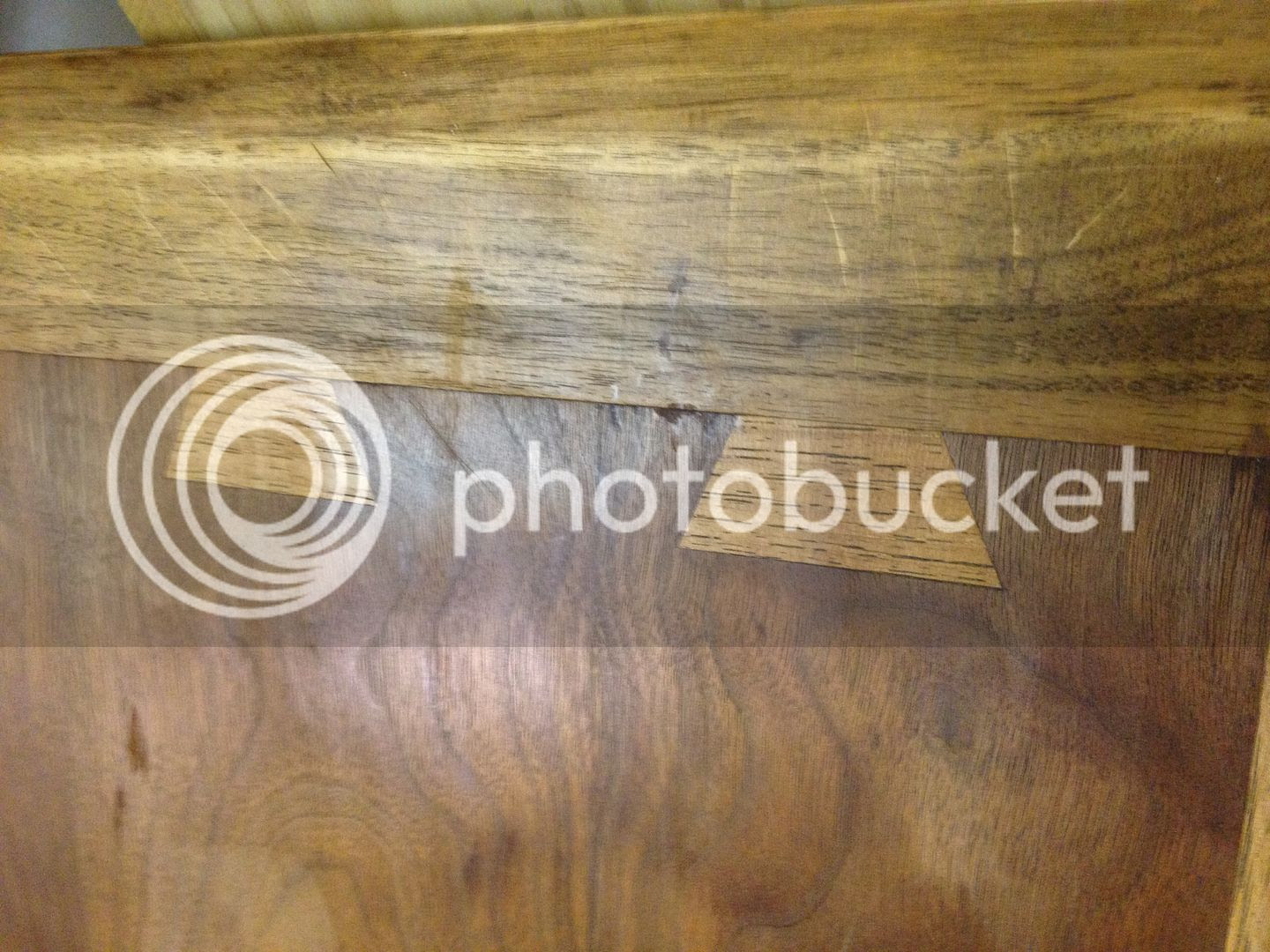 I decided to wipe down the remaining areas with mineral spirits after I had wiped off as much of the stripper as I could. 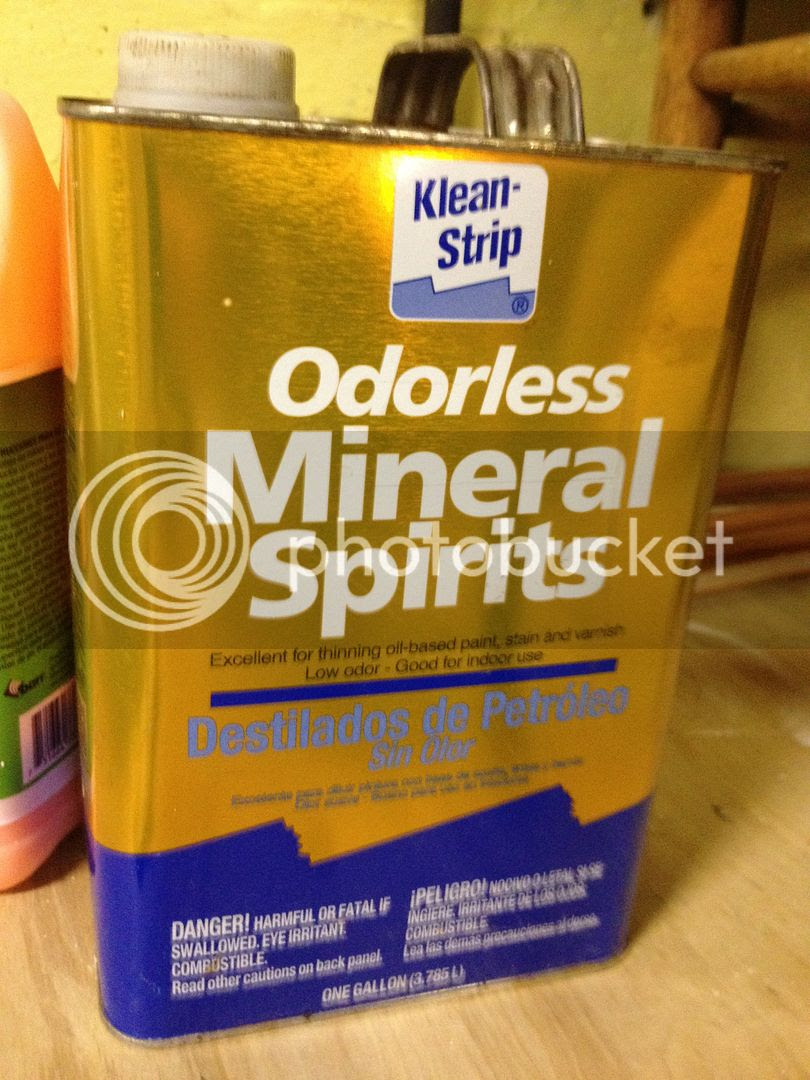 A couple of rounds of wiping with the mineral spirits showed where I still had some old finish to remove, so I hit those spots again with the stripper.

For the two-tiered end table, I decided to skip the razor blade and just wipe off the stripper with paper towels and 0000 steel wool.  This worked great, and I did the same with the legs and frame underneath.

That brought me to this point. that's where I'll pick up with my next post to finish these up. 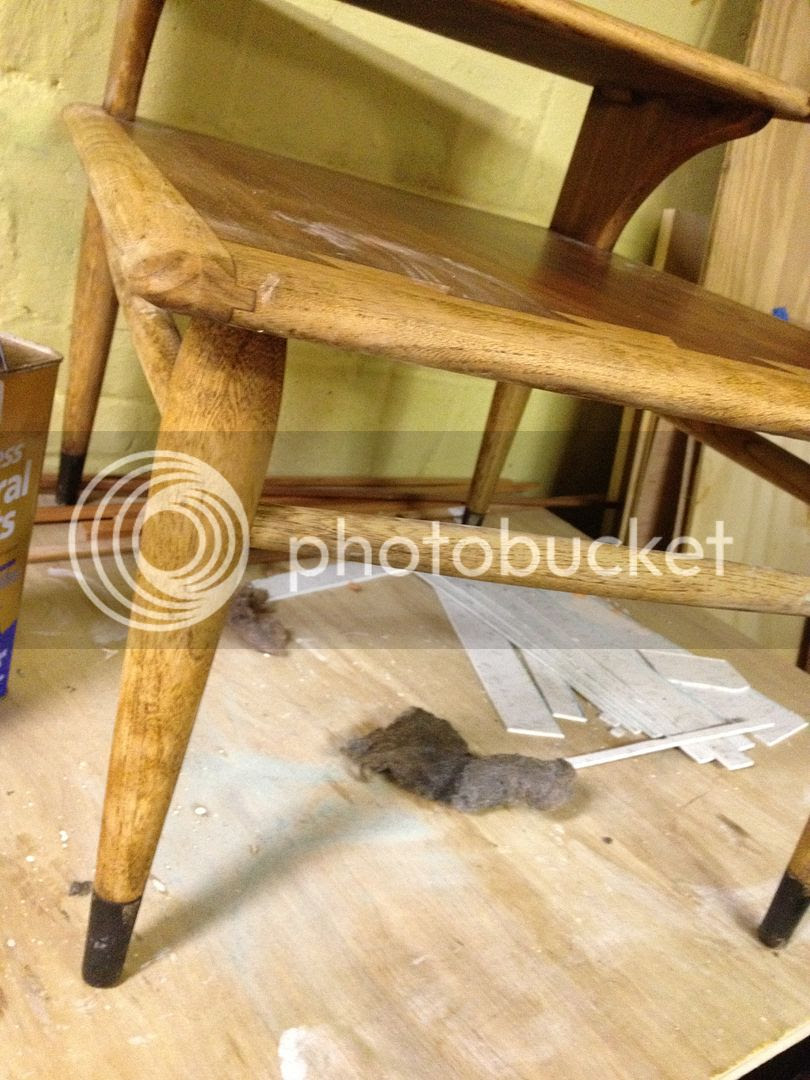 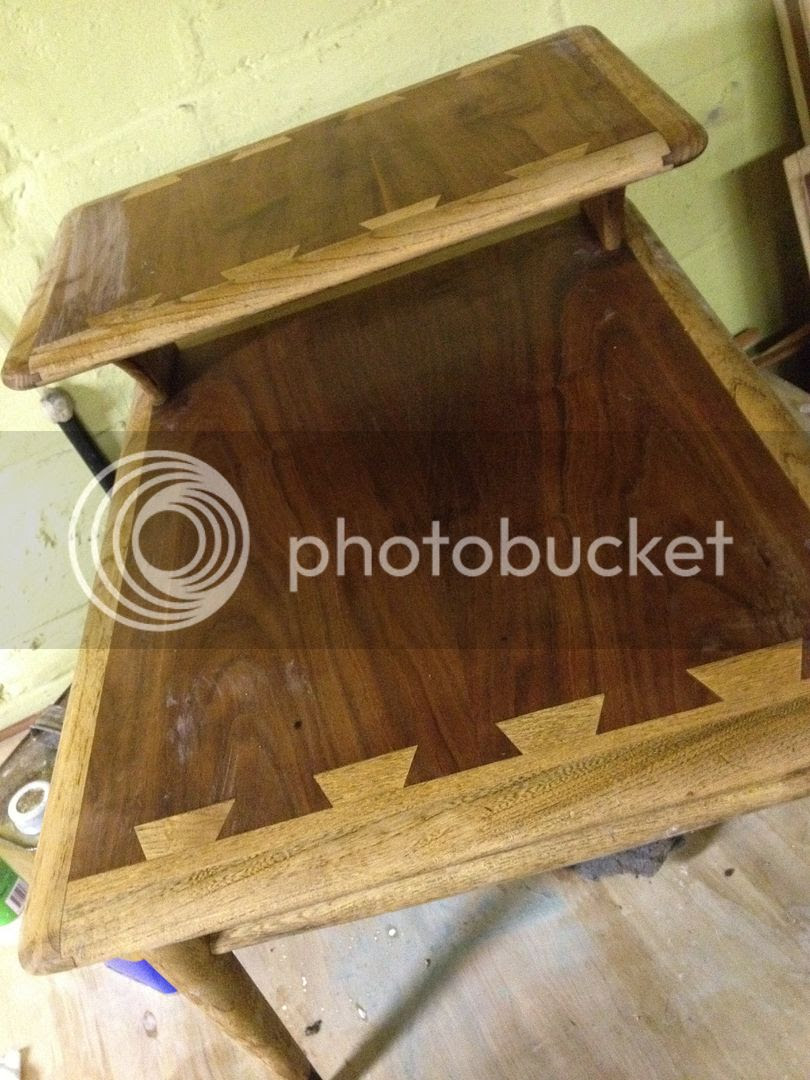