Gossip Bench Finally Gets a Lampshade

I had the day off so I spent a couple hours rewiring and attaching the lamp arm and shade to one of my first atomic-styled furniture acquisitions - this great telephone table / gossip bench.  BEST $40 purchase I've ever made!!! 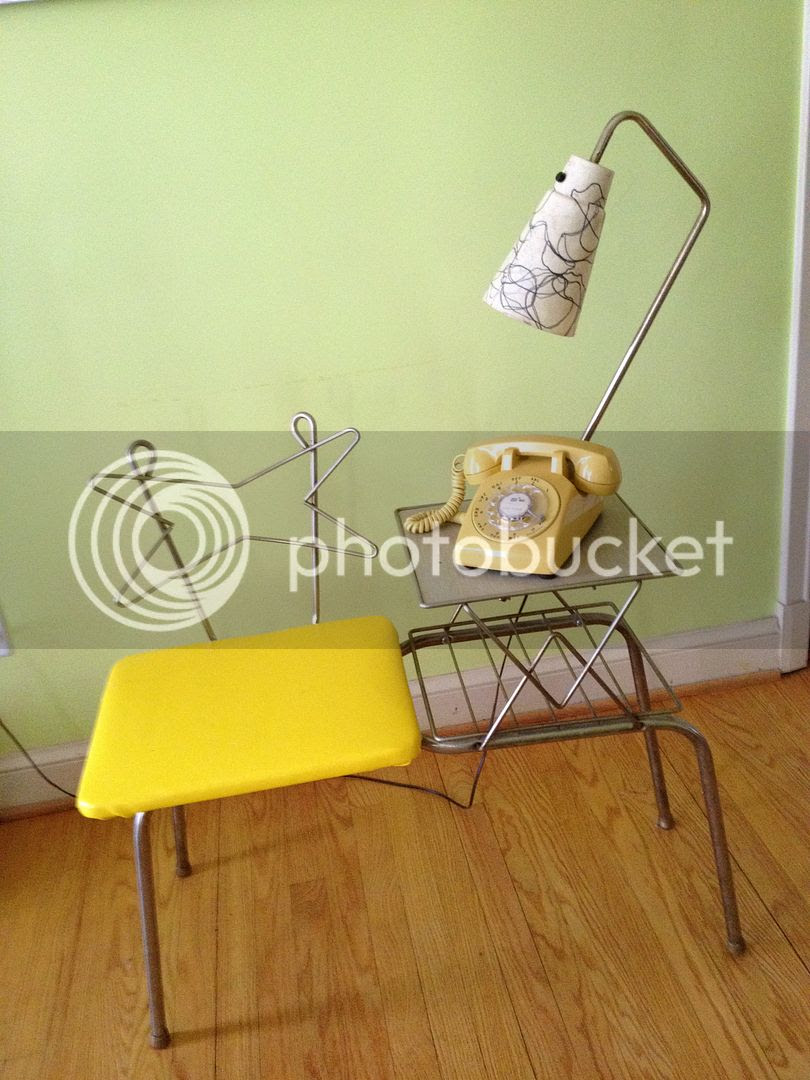 Thanks to Sara of NoPatternRequired.com, I had an inkling of what kind of shade I should look for.  And I finally lucked into a fiberglass shade on ebay a couple weeks ago.

To connect the shade, the lamp had to come apart, which meant rewiring.  Rewiring the lamp took longer than I expected, because the wire cord had to pass through the lamp arm and make a really sharp turn before coming out at the top.  I used some WD-40 spray to help the cord through the arm, and soon enough I had it rewired. 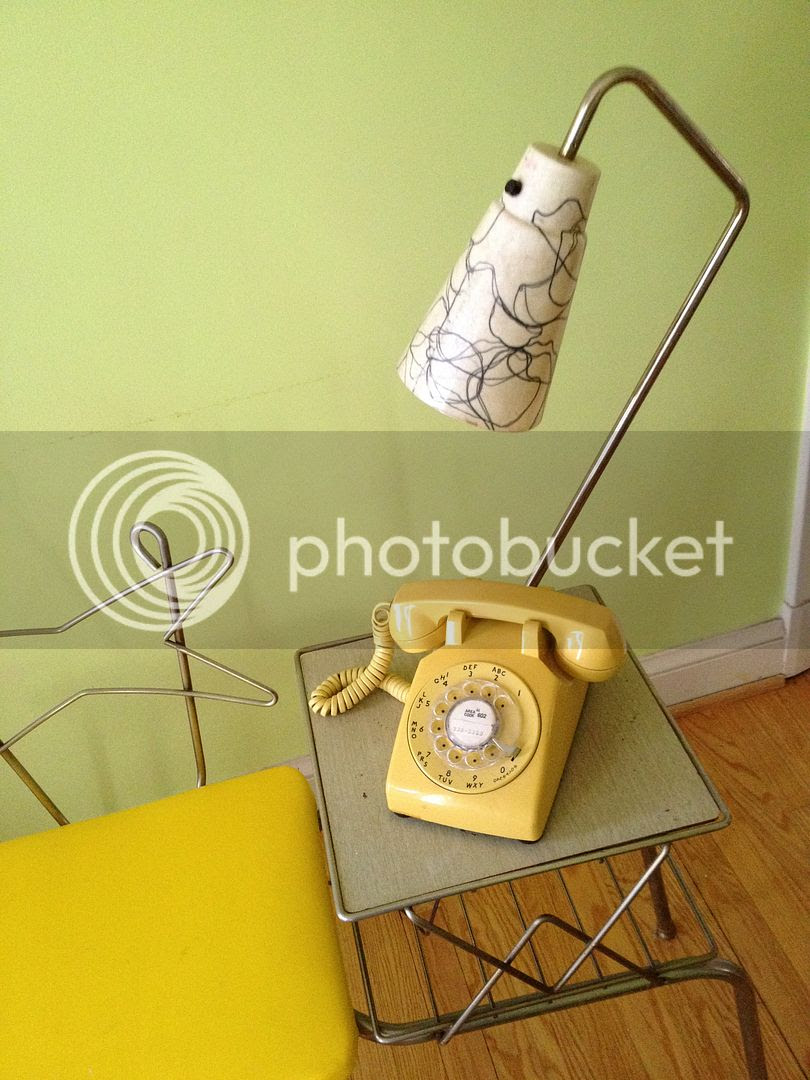 I have never had the lamp arm attached to this before, and I've had it so long I could not recall how the thing attached, but from what I can tell, this angled orientation is probably how it was. 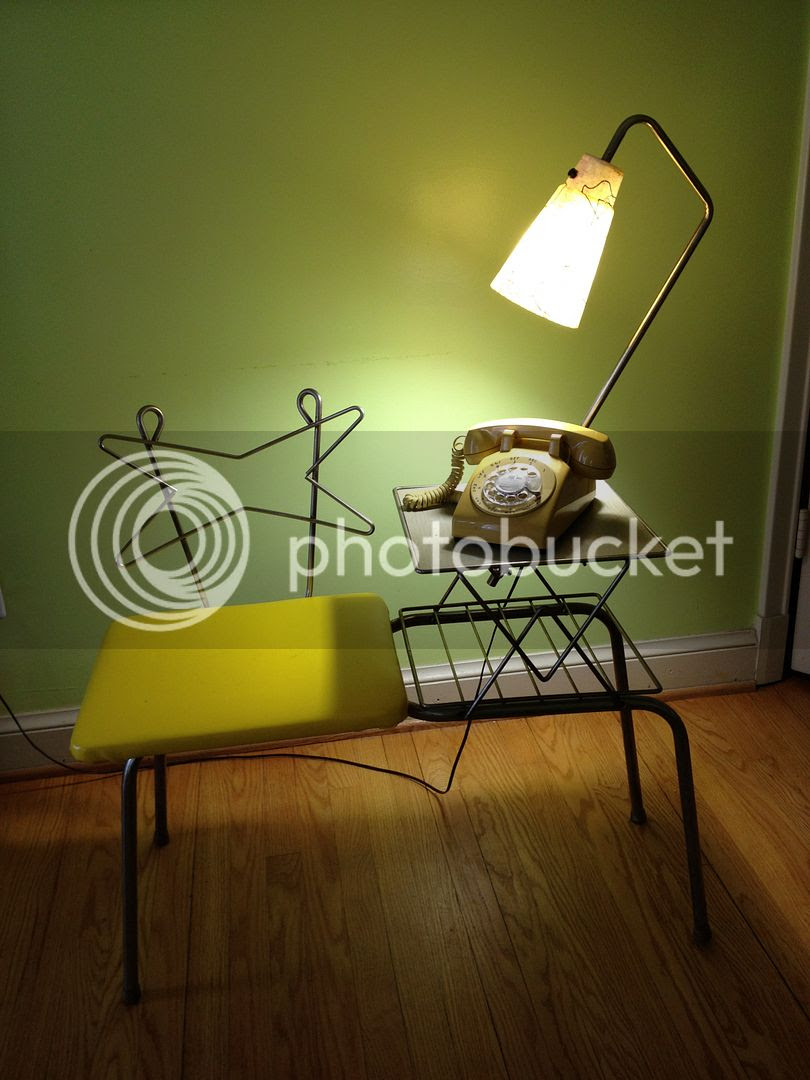 I've never seen another one of these, but Sara had seen one in Texas but didn't have a photo.  She described it from memory and that was enough to get me on the right track.  THANKS Sara!!!
Posted by Uncle Atom at 7:05 PM