Hola Amigos, it's been a long time since I last rapped at ya.  Earlier this year, we had some trees removed in our front yard (they were too close to the house), and I asked the tree man to leave about a 12-foot stump from the red oak outside our living room window.

At our fall block party, the neighbors were quizzing us about the stump...it had some newly sprouting branches with leaves and wasn't exactly a pretty sight.


But honestly, with this stump very visible from the street, I didn't want something that wasn't really nice.  And to get something nice you either work very slowly and carefully, or pay to have it done.  Luckily, my wife knew of a former co-worker's son who does chainsaw carving professionally.  I interviewed Andrew and looked over photos of his work on his website, and we decided to have him do the work.

I thought a lot about what I wanted and what would appeal to more people than another tiki-oriented sculpture and it became obvious that the answer was a stylized cat.  Very mid century. 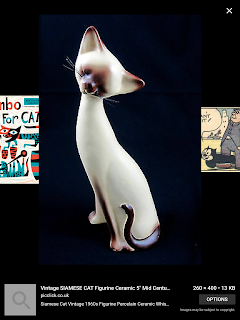 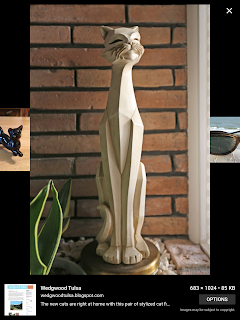 I shared some photos of stylized cats I had found and together Andrew and I fine-tuned his sketches and agreed on the look.

So one thing led to another, and here it is -- 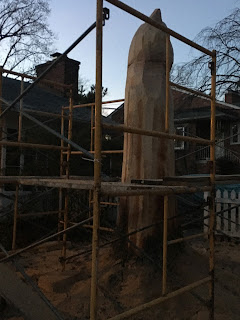 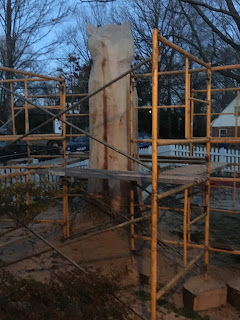 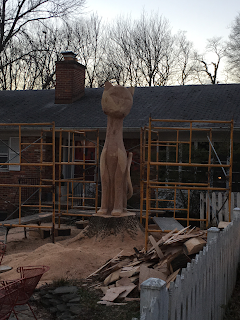 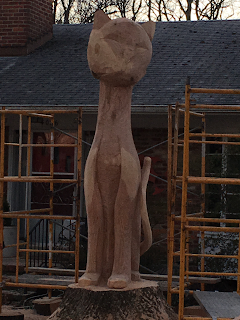 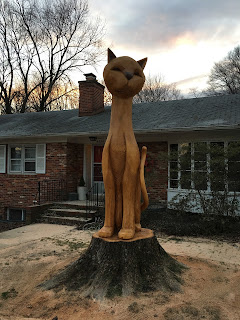 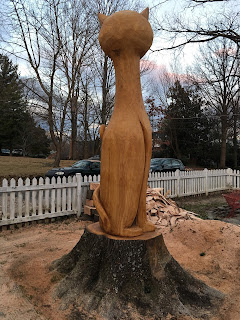 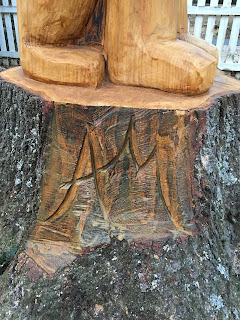 We are thrilled with how it turned out.  An added bonus is that while the speed bump in front of our house is not very effective in slowing traffic, the cat seems to be working pretty well!

We haven't settled on a name, but I keep coming back to 'That Darn Cat' from the 1965 Disney movie of the same name. 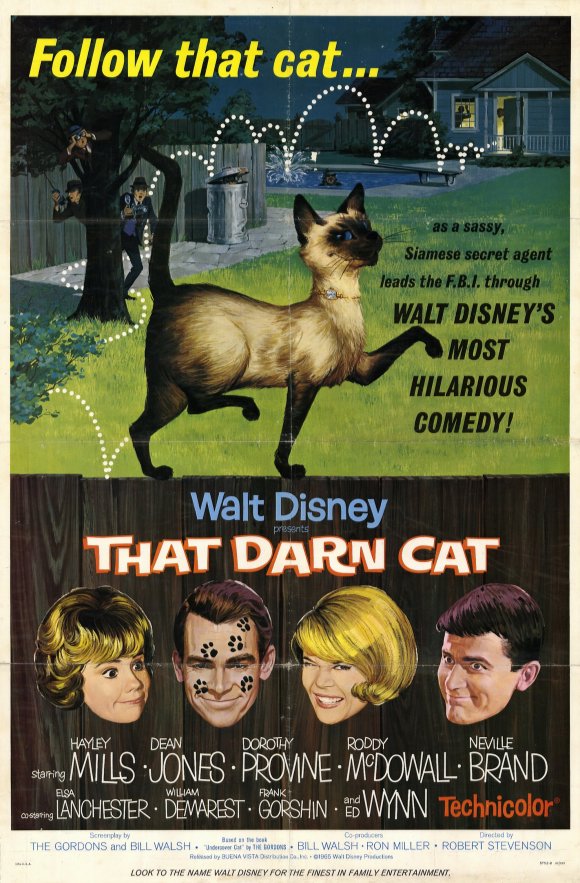 I haven't seen this film in decades, but a little online searching pulled up an original movie poster and a detail - in the movie the Darn Cat had the shortened name DC.  And since we live outside of DC, it seems like a good match.