Old Office Chair Gets a New Suit of Leather

This office chair was my first furniture purchase at an auction more than 20 years ago.  I used it for years as is, and when the vinyl was too torn up, I used an automotive seat cover on it.  I've been putting off working on it forever, but I finally tackled it recently, and I'm pretty happy with the results.

Here's what it looked like when I started.  The vinyl was torn and had a very sticky coating all over it. Pretty gross. 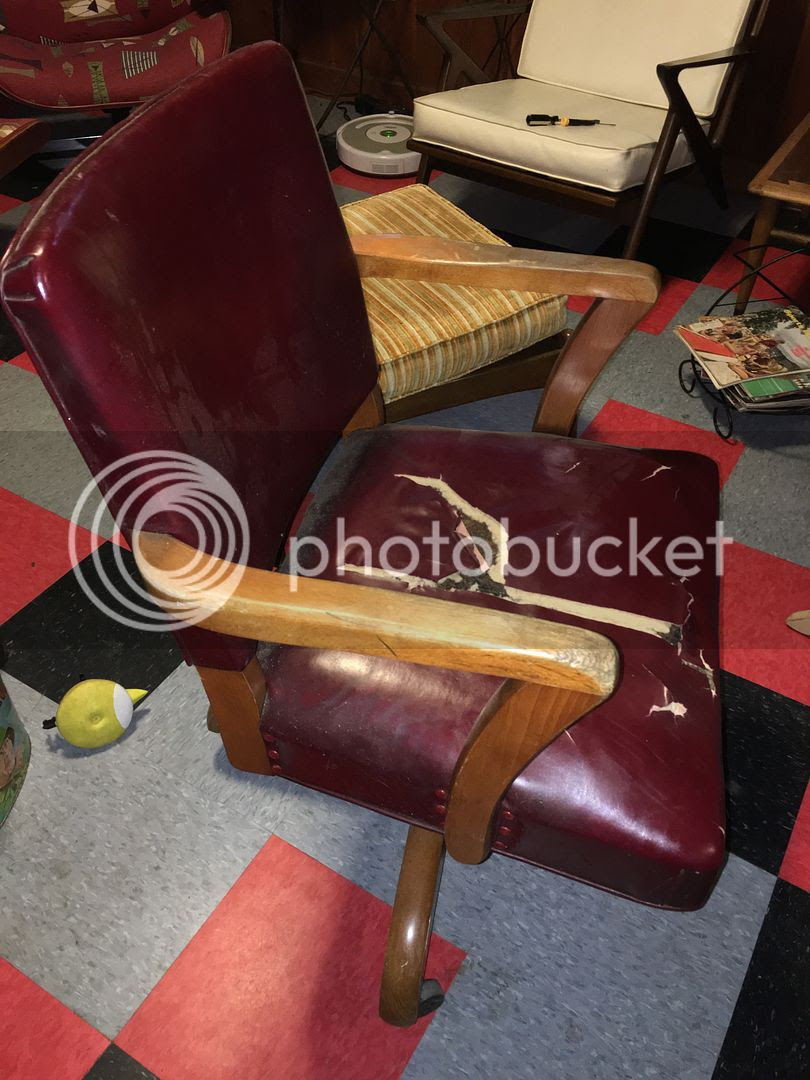 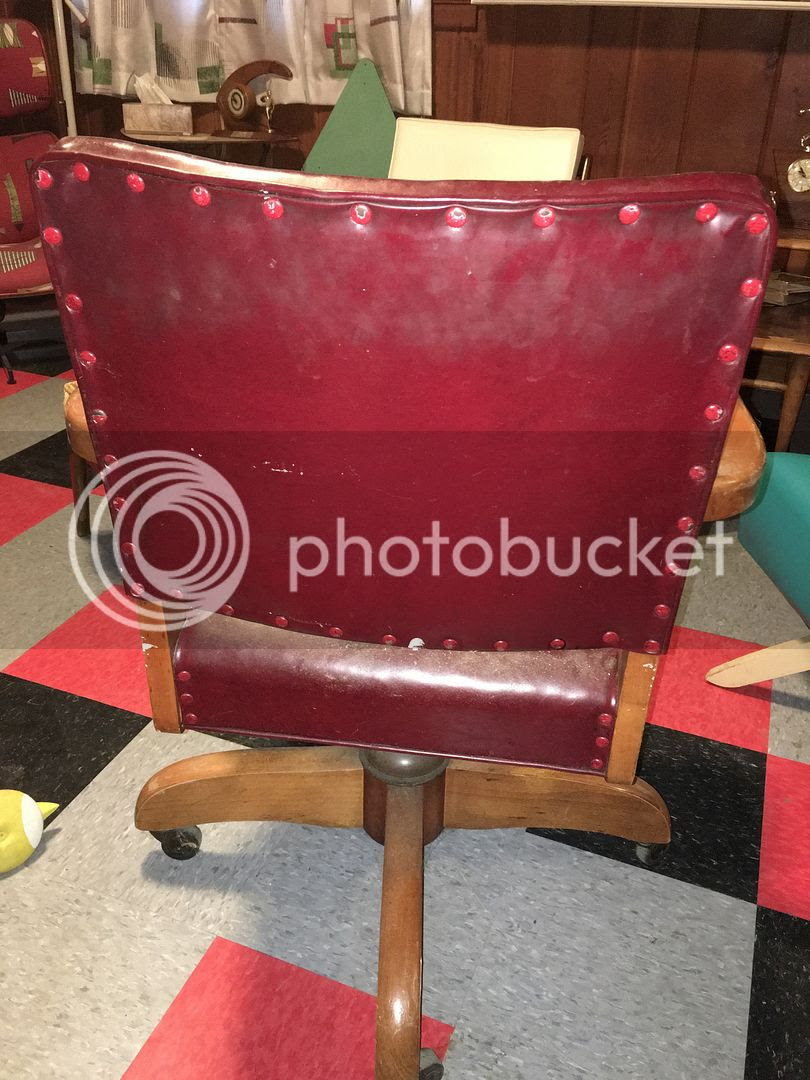 It also had a lot of tacks, and a ton of staples which all had to come out. 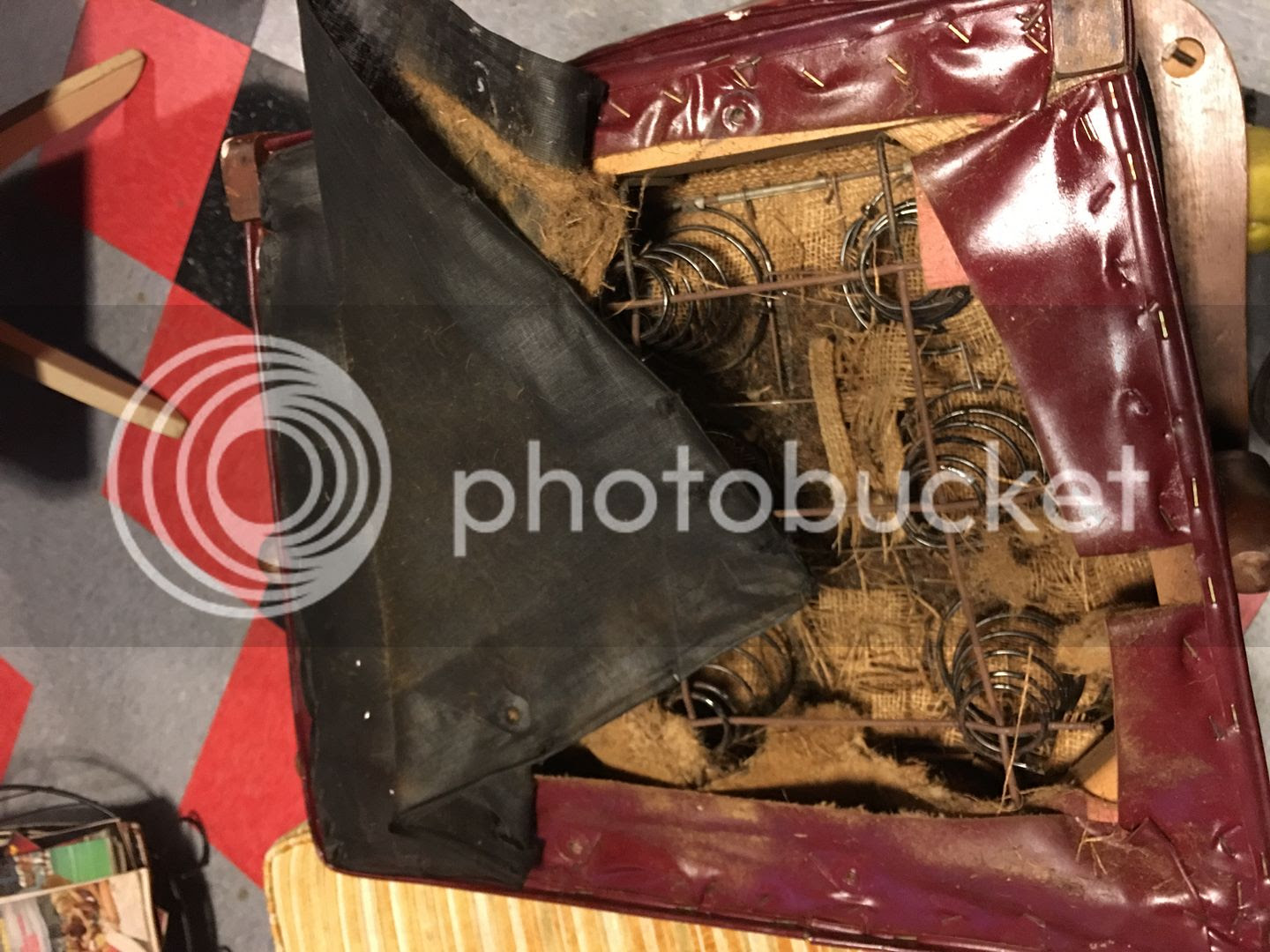 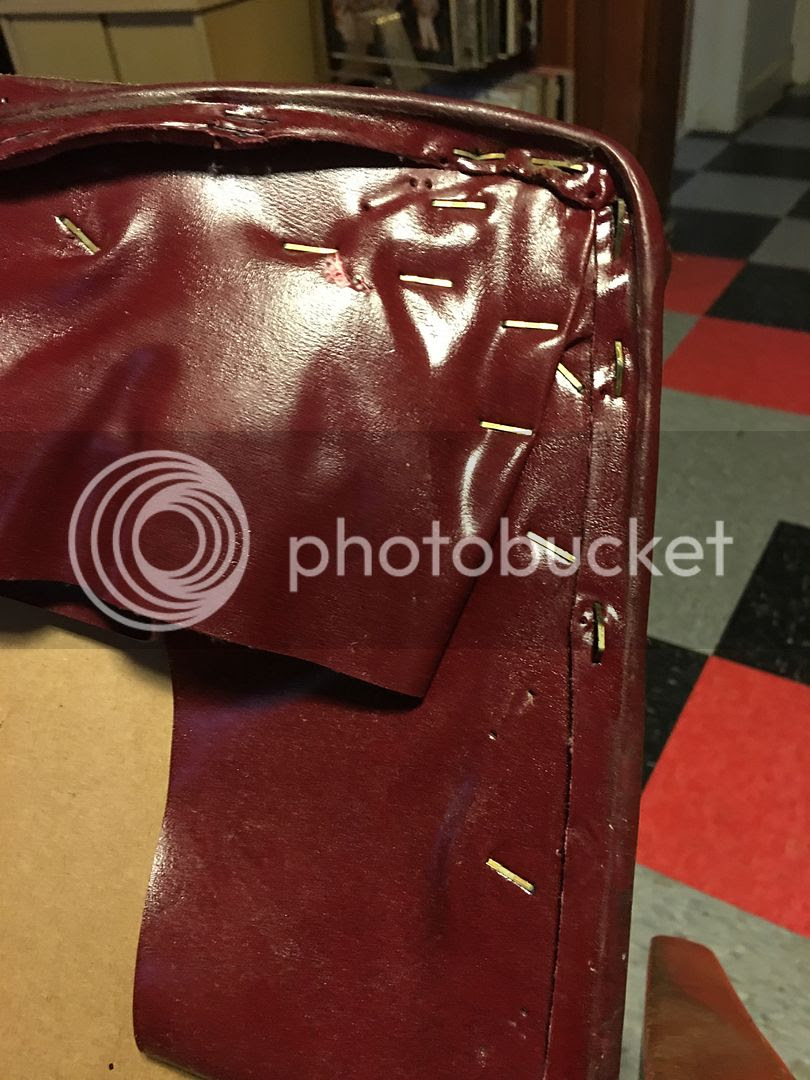 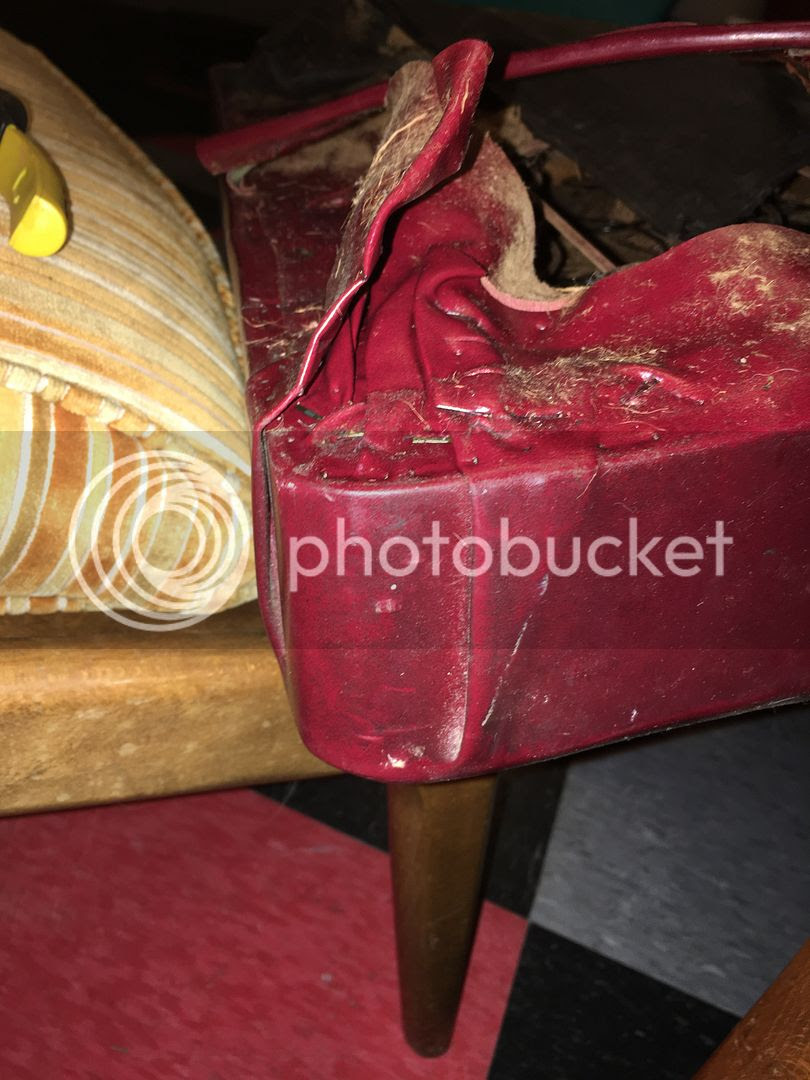 And the cardboard on the back was badly torn.  I fixed that with some packing tape and I also cut another piece of cardboard in the same pattern and used both pieces for the new back. 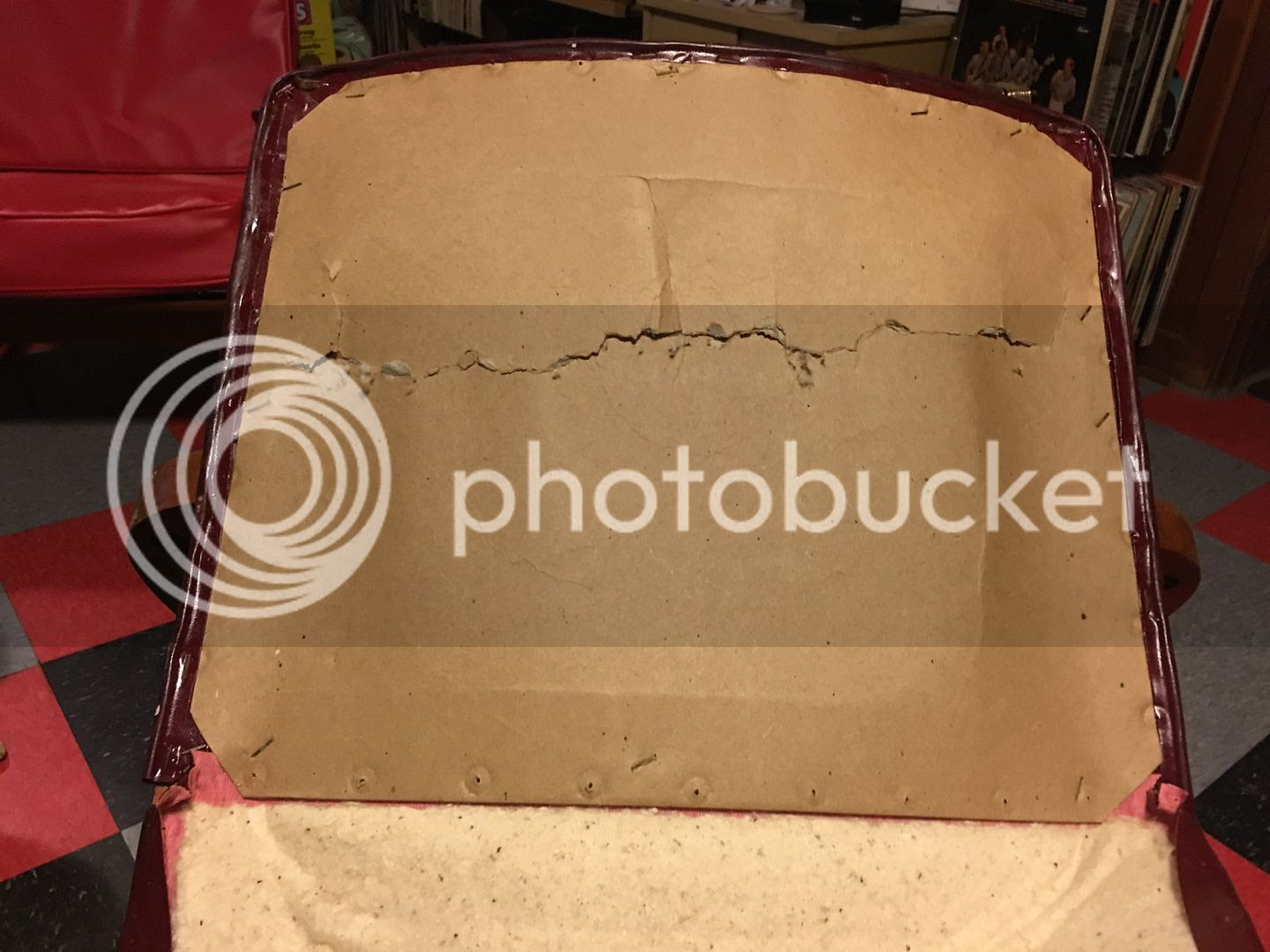 After I cleaned and used some Restore-A-Finish on the wood arms, back, and base, I picked up some upholstery quality batting at a local fabric store, and with a manual hand stapler I started to reassemble using this dark red leather.  I cut the new batting in the same shape as the old cotton batting which I also used, doubling up on the seat padding.

I reused the 1/8-inch cord from inside the old vinyl piping to make new piping with strips of the leather.  Then I just took my time and tried to stretch and fold the leather around the corners the way it had been done with the vinyl.  The leather was a little thicker than the old vinyl, but with some cutting and stretching and a lot of staples, I got it done.  Here's the end result. 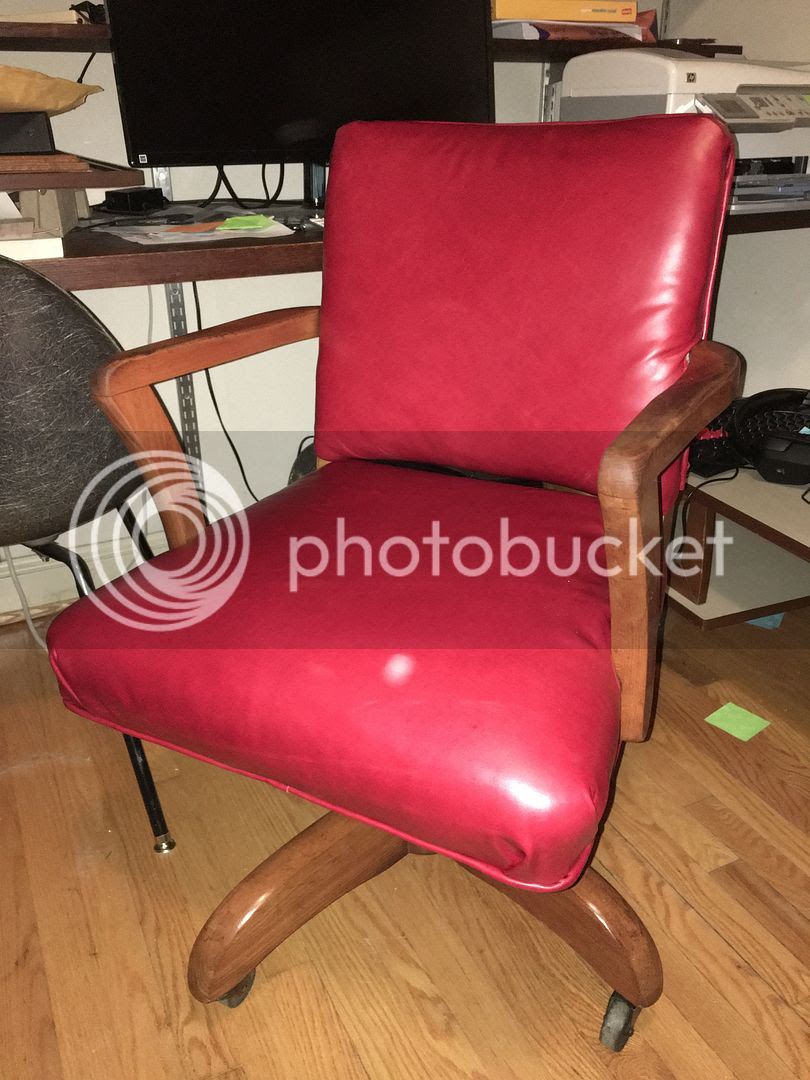 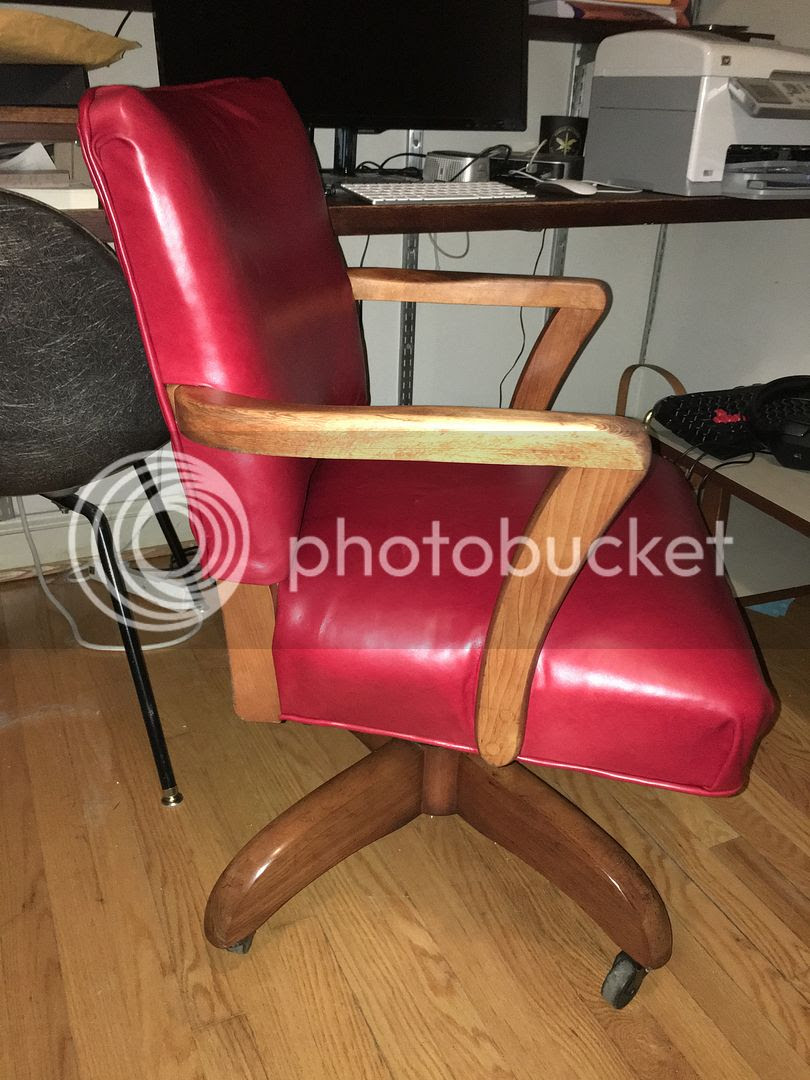 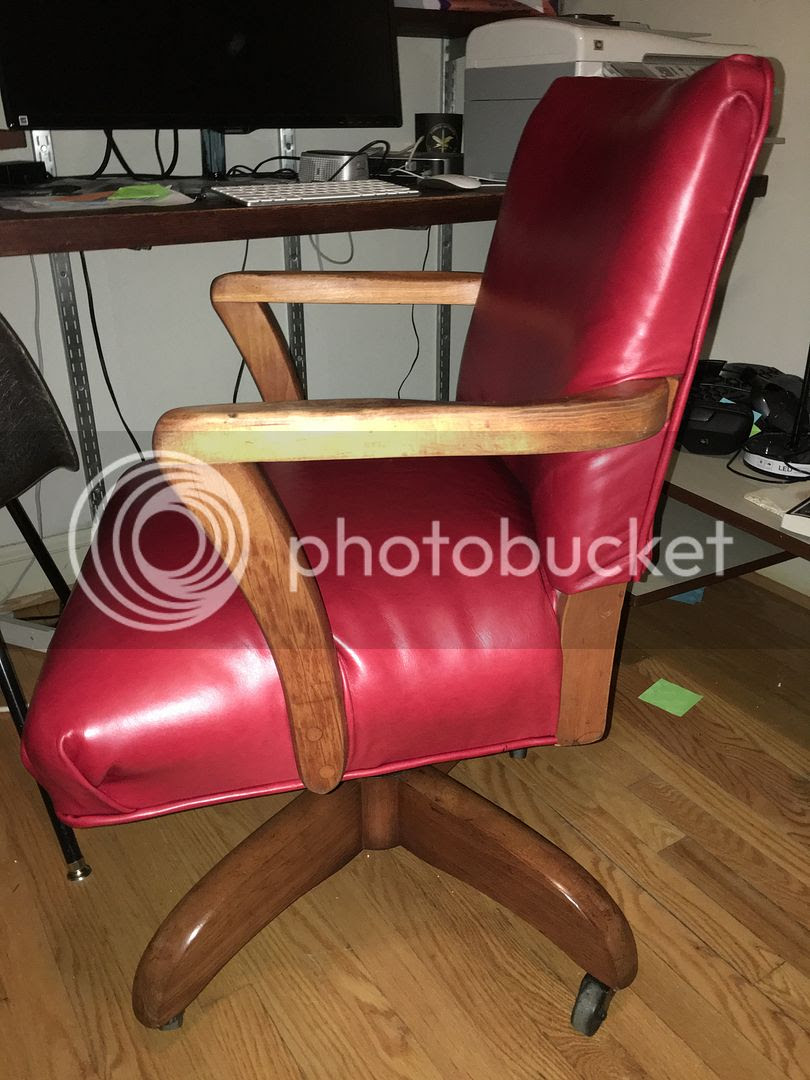 For the new back, I used the same brass tacks I used on the turquoise chair in my last post.  It was hard to tuck the leather under the cardboard back and as a result, it isn't nearly as "tight" as I would like it, but I'm satisfied with the look.  Heck, it's a very old, heavy chair that has years of new life now, but it won't be mistaken for something brand new, and I like it that way. 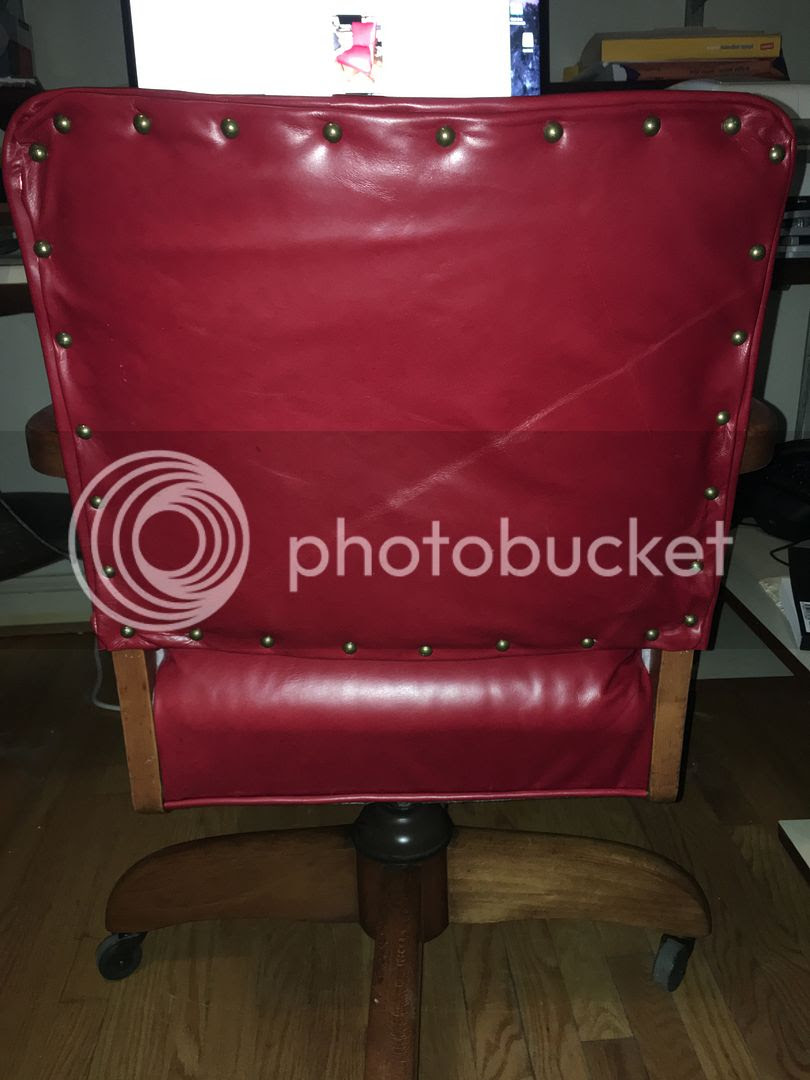 It's good to be posting here again.  I don't think I'll be as prolific with my posts, but I am hoping with the new year to be somewhat more regular.  Happy New Year!