This large sign in the shape a sled leans against the Old Sled Works Antique Mall, a remnant from when the town could take pride in producing the Lightning Guider sled for decades.
I made the drive north through Maryland to south central Pennsylvania this morning to attend Sled Fest, a two-day celebration of the Old Sled Works antique mall's 20th anniversary in business.  I shot more than 100 photos today, but I'll try to pare those down to a manageable number.  This post will cover what I bought, and I'll follow with a post to show a little more about the Sled Fest. 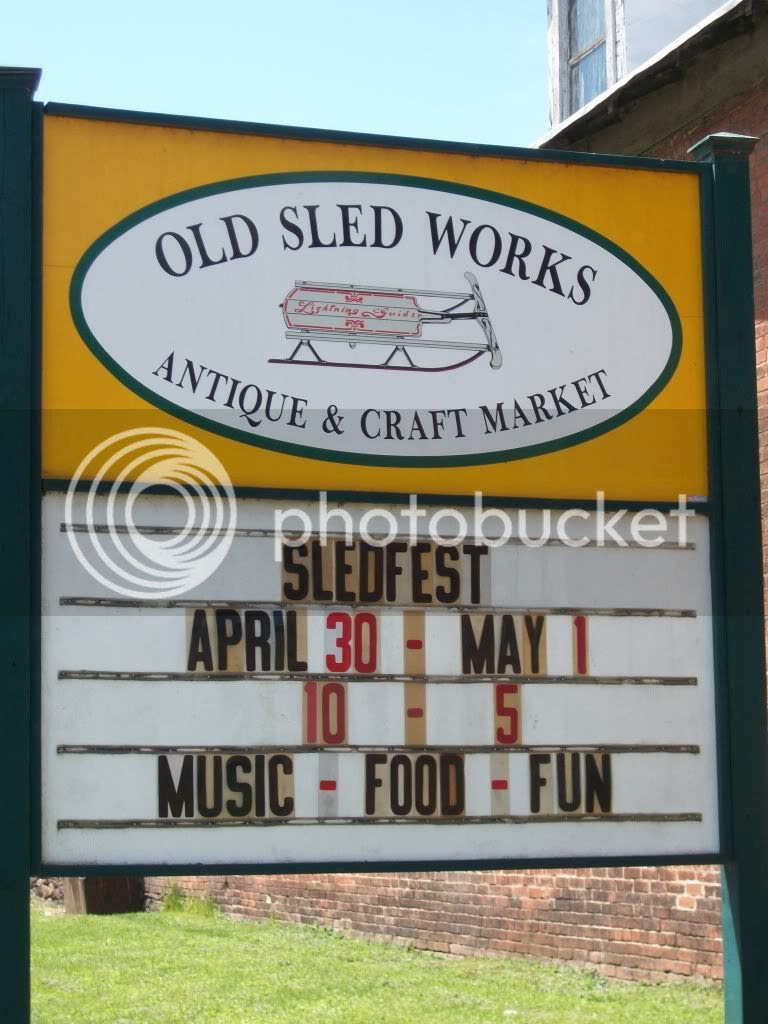 I've been to Sled Works many times in the past, in fact, it's where I bought some of my first mid century collectibles, including some wrought iron and brass items I still have.  I have never left there without some kind of a great find at a good price, and today was no exception.
I made the drive early, left home at 6 a.m. and was sitting in front of the antique mall at 8:05 a.m., earlier than I expected.  Luckily there were some flea market vendors setting up outside so I did a little pre-shopping shopping.  Bought a baggie full of post cards for a buck, and got two more tiki masks for our screened porch wall for $5 each, 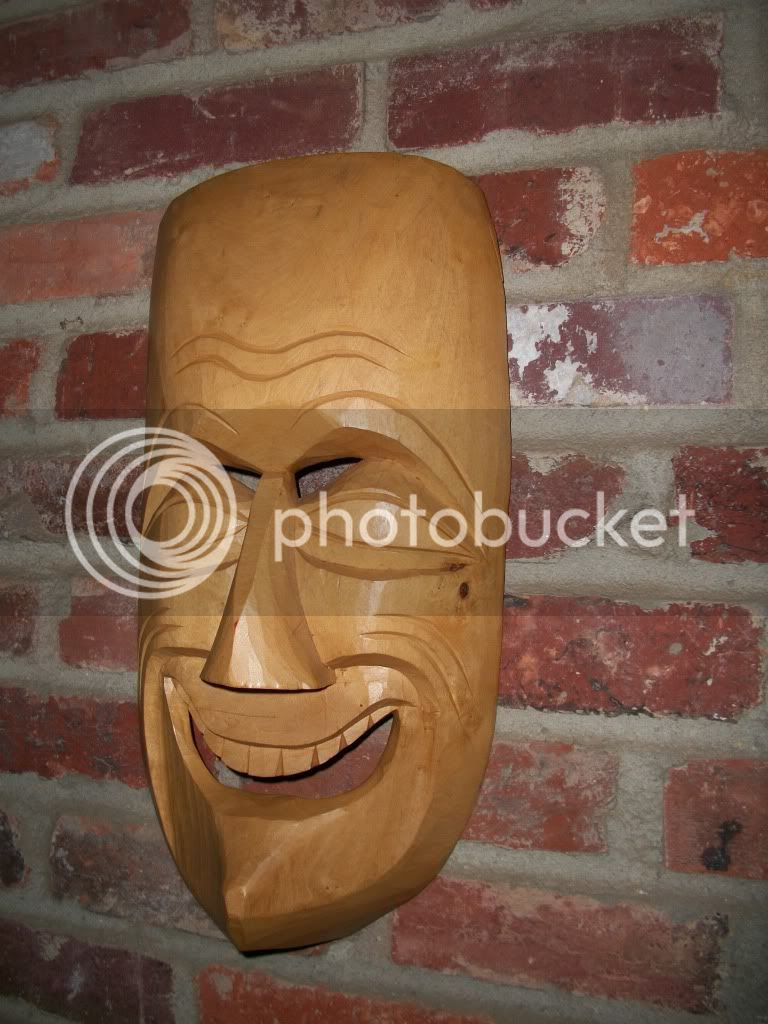 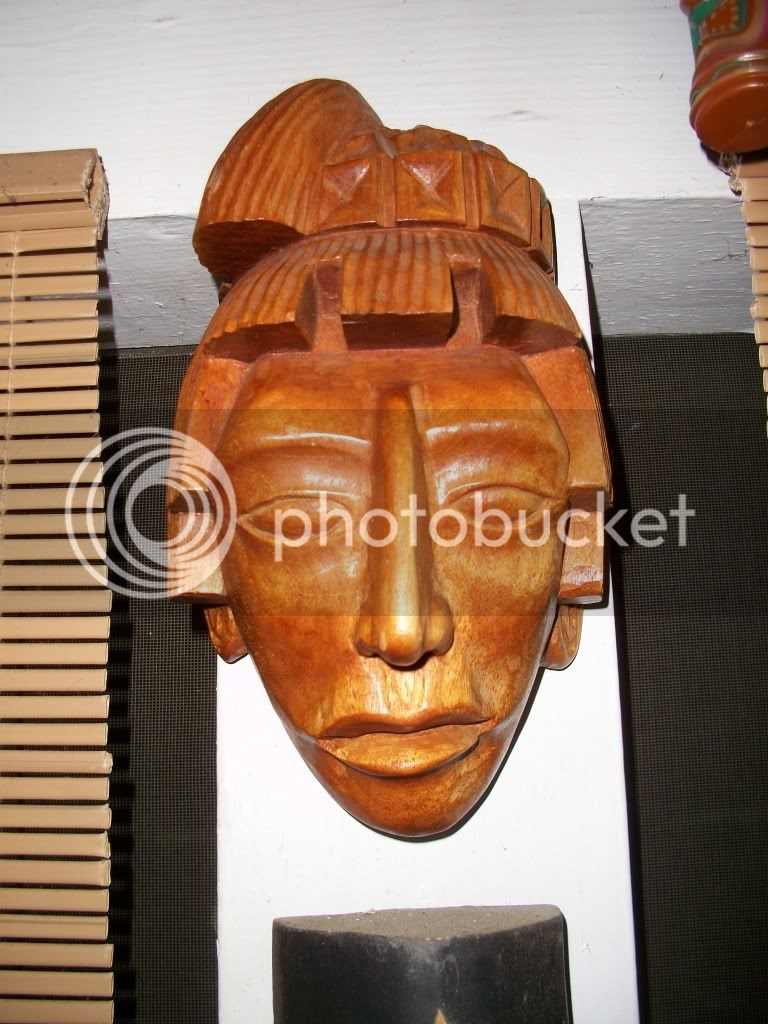 And I also picked up this 50-cent cookbook... 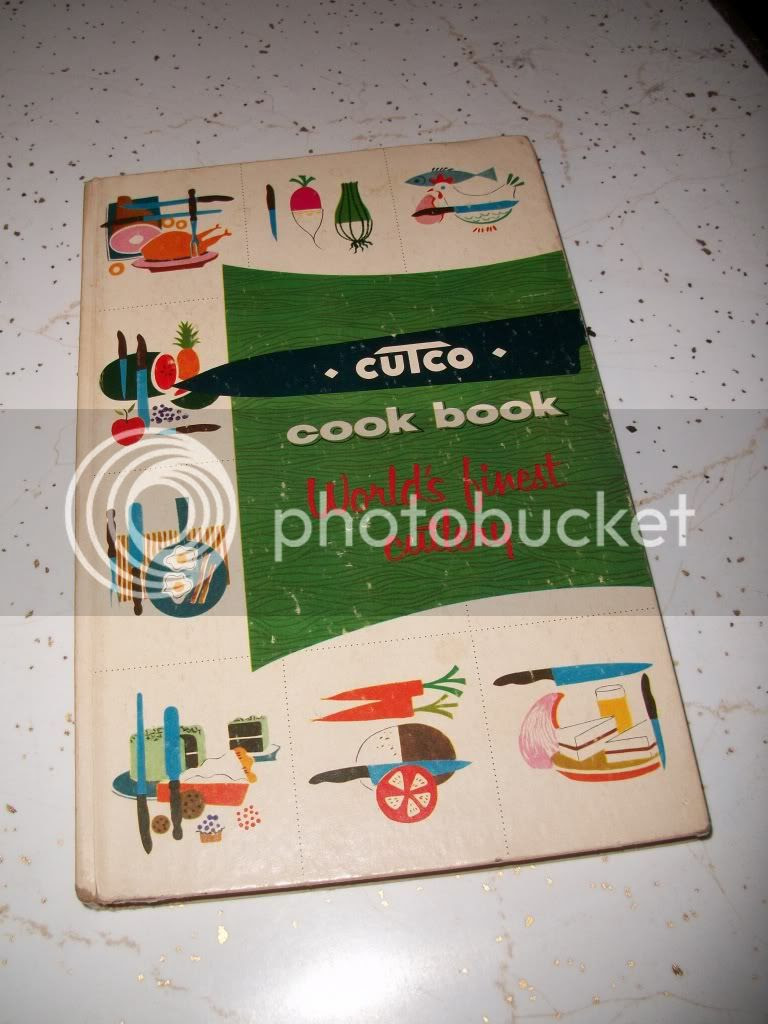 and got this Presto percolator coffee maker along with a few old paper/ephemera items I'll cover in a different blog post.  I plan to give the drip coffeemaker a rest and perk some joe in the morning with this baby. 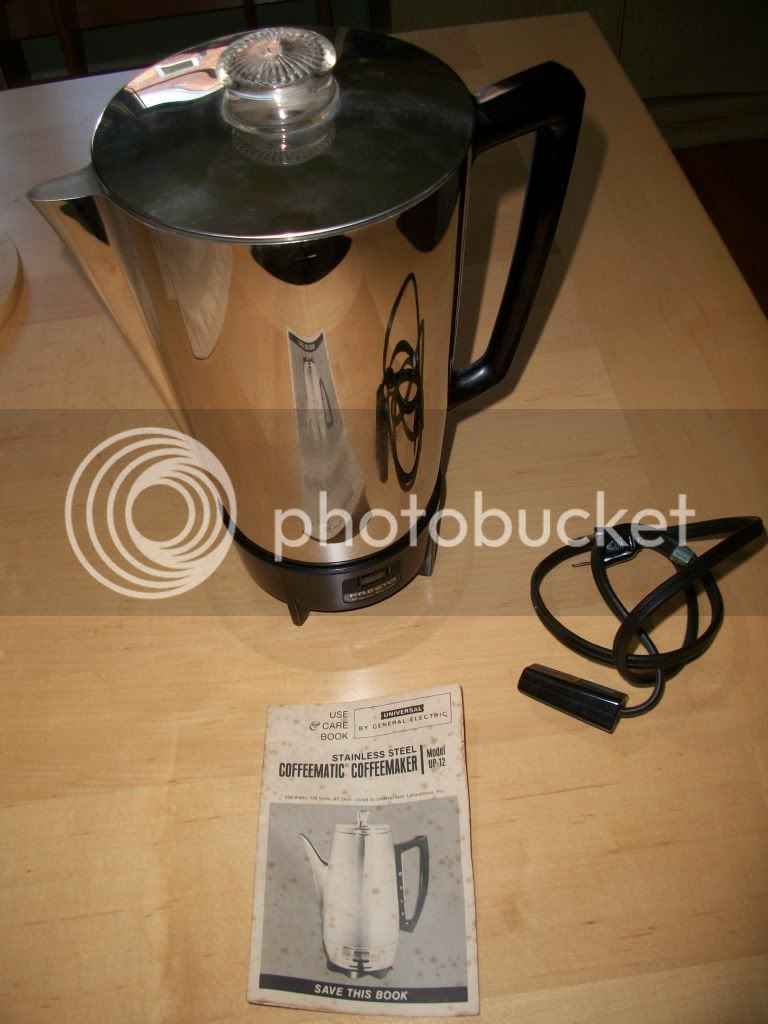 So when I finally made it inside the building, I did a sweep through all the booths and found a few LPs for a buck each, including this Pajama Game with some cool cover art, 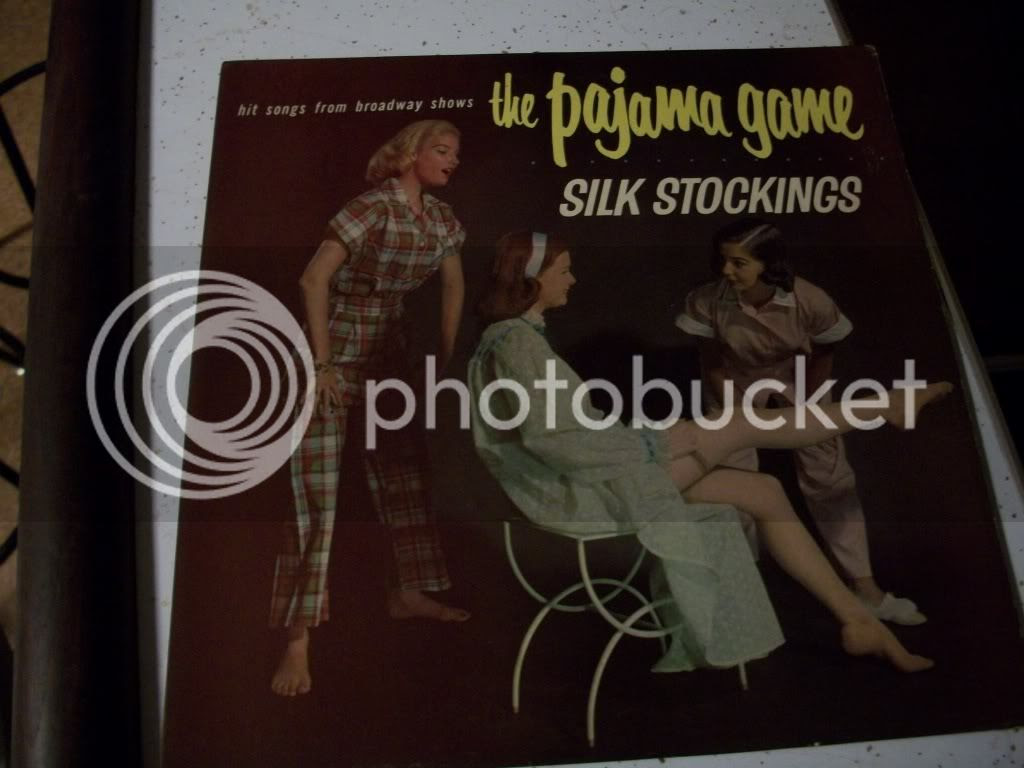 some paper collectibles such as this 1963 Girl Scouts calendar for $3.75 (I'll probably hang it in the camper), 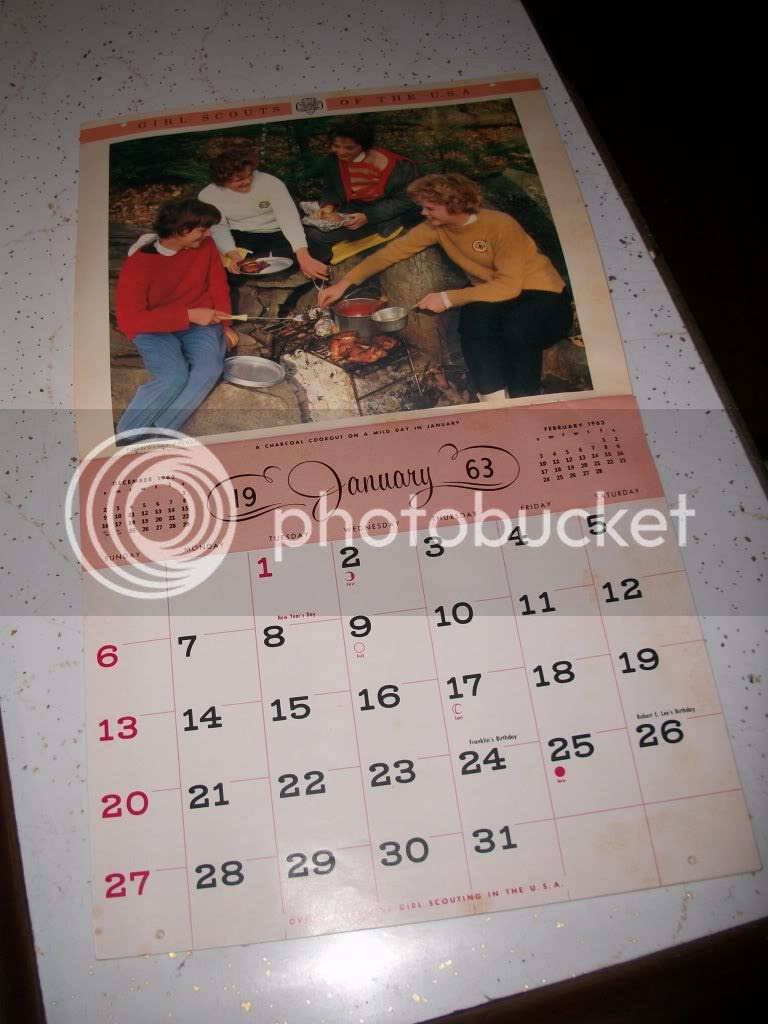 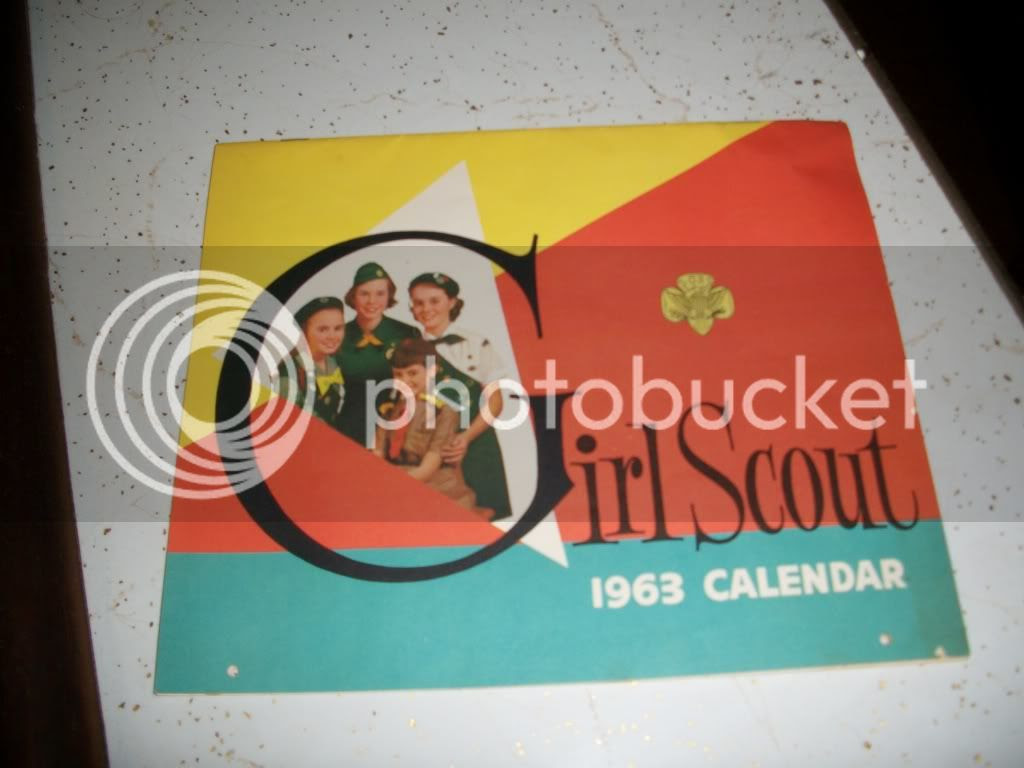 and a decent deal on about a dozen miscellaneous Viewmaster 3D reels, including this Tom Corbett Space Cadet set. 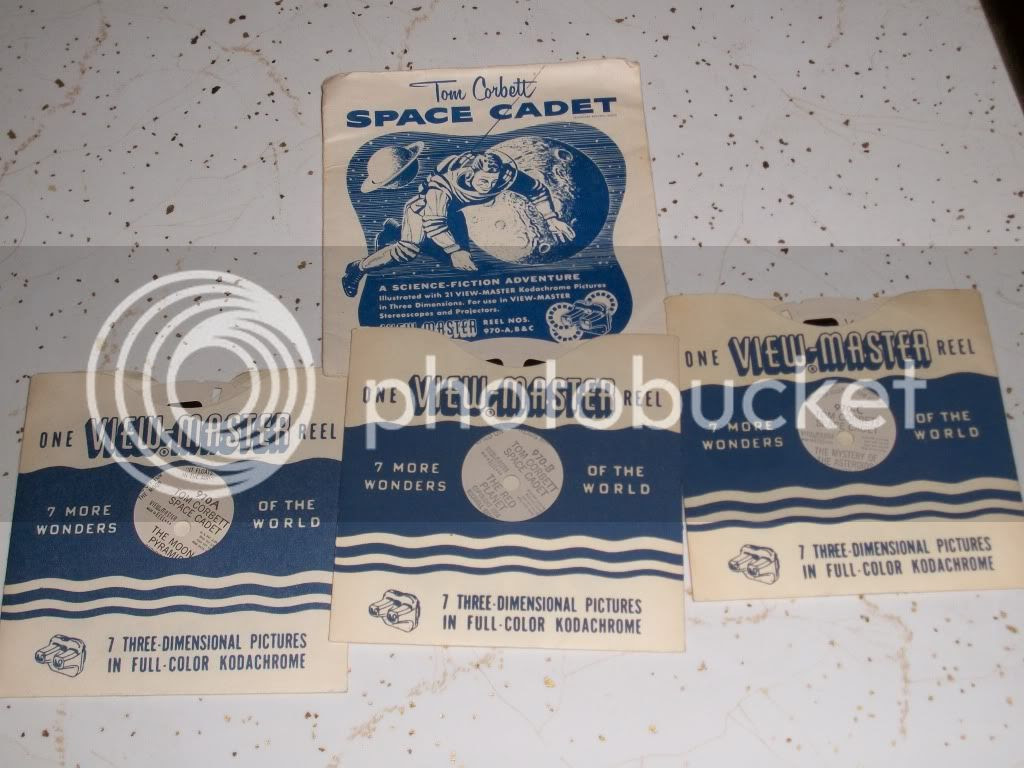 Here's a rundown of the other stuff I picked up inside the mall:
$4 for this melamine server plate 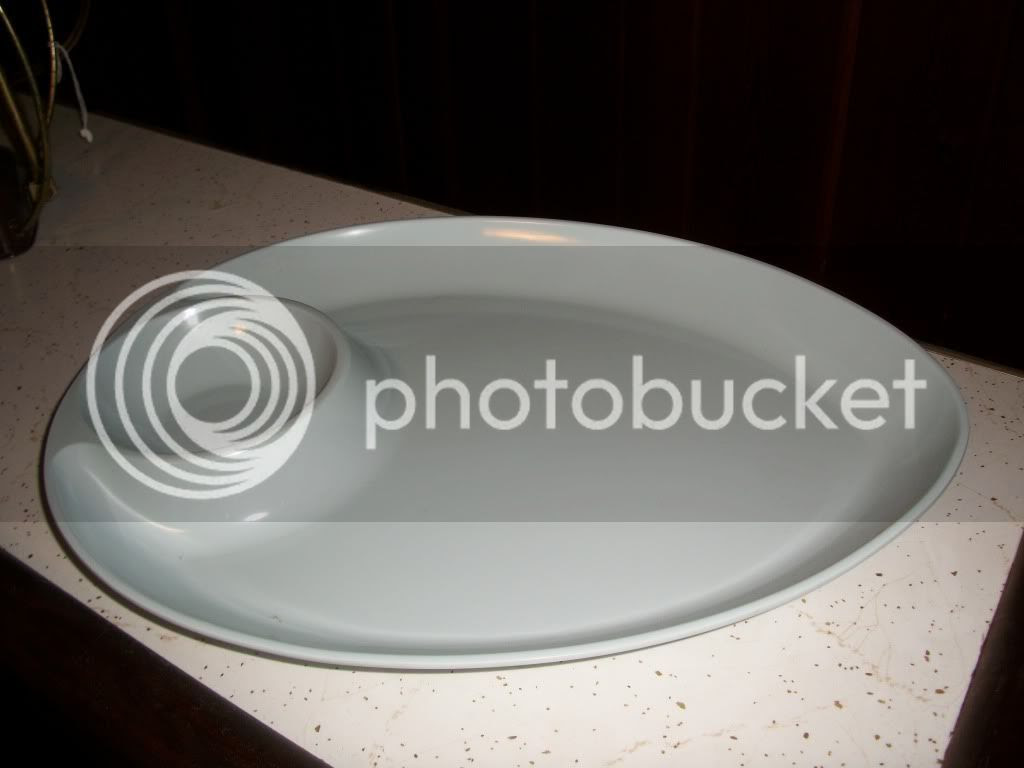 $4 also for this bamboo Hawaii souvenir tray - I don't think it's real old, but it looks good anyway and we can use it in our bar 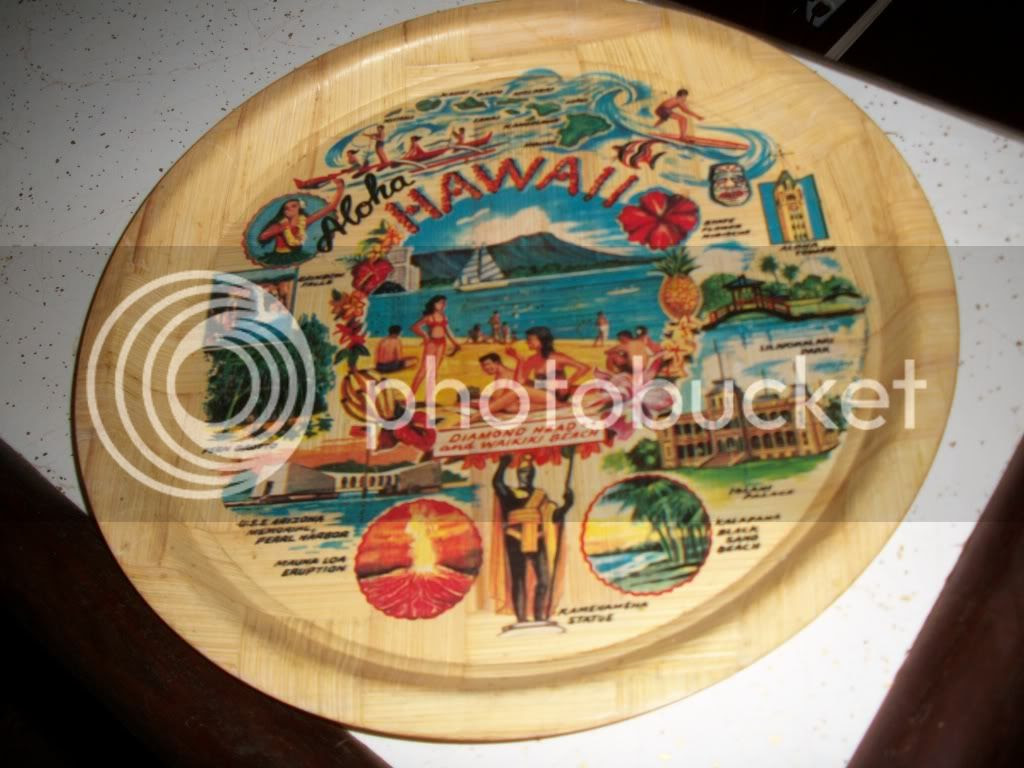 an aluminum sugar container for $2 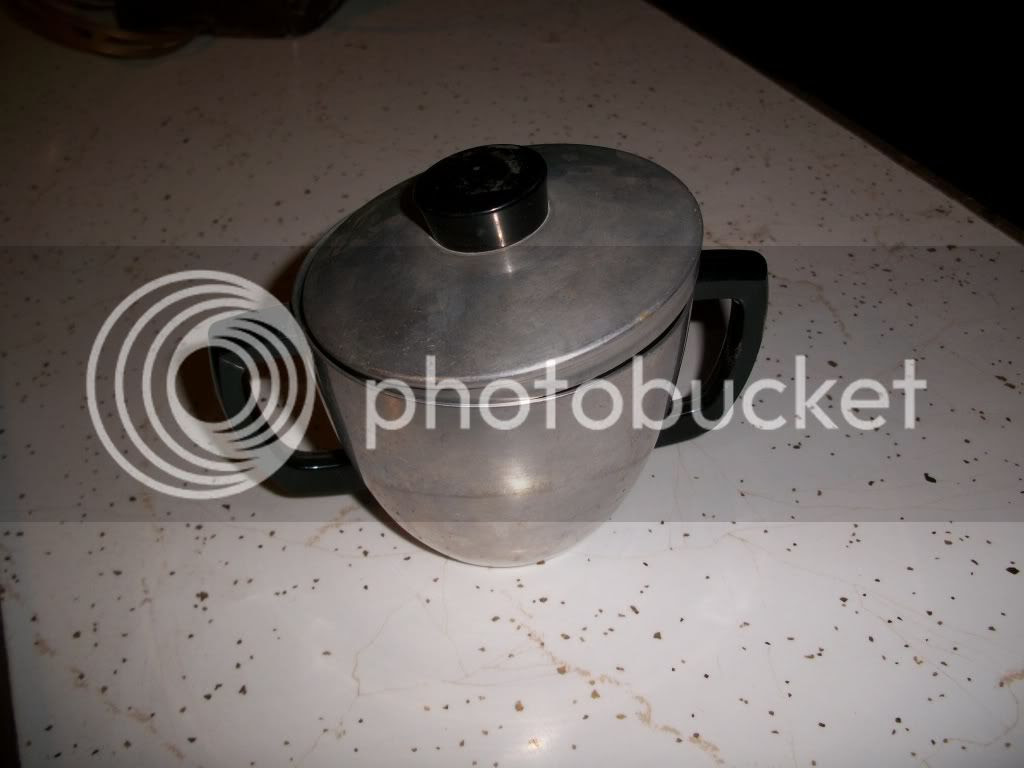 On my second pass through, I spotted this small bookshelf - with the discount it was only $18.75 - score! 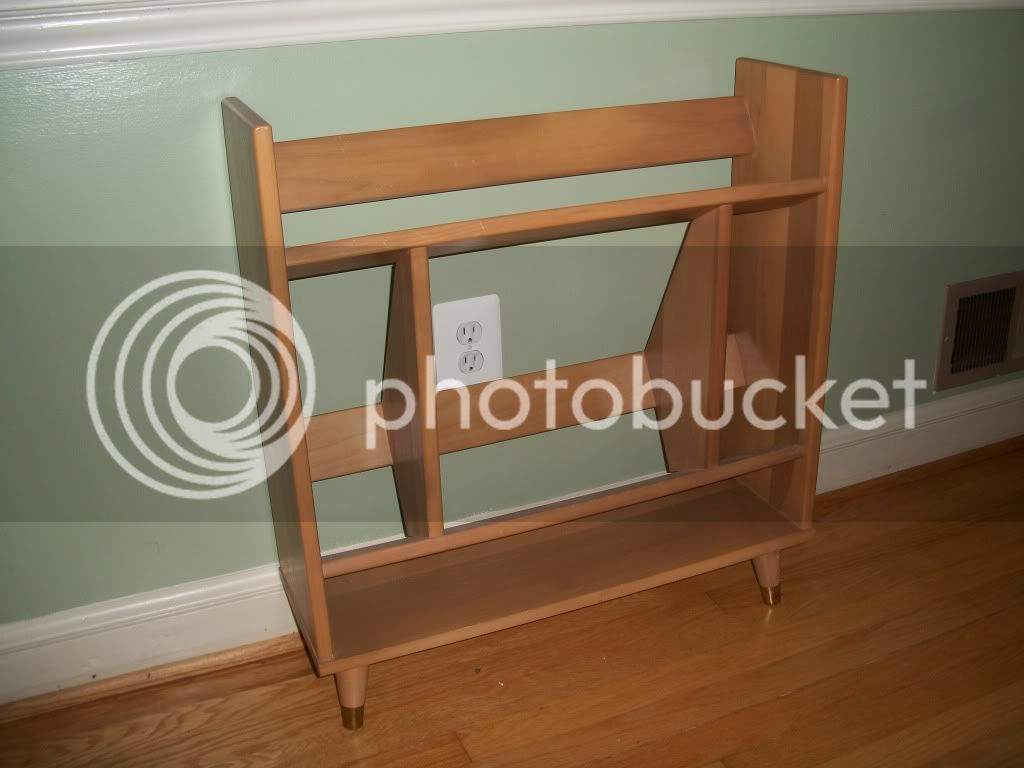 I have to find a home for this bookshelf, right now it's in the dining room, but it will probably move to either the hallway or basement.  I love the look of this thing, but it really is pretty small, only about 24 inches tall.  Maybe I'll put some of my Whitman TV books on it.
And to wrap up this post, when I saw it I knew I had to grab this brass-framed, 3D, light up version of the Last Supper!  Once I polish the frame it will hang next to the similarly framed fat Elvis I picked up last summer. 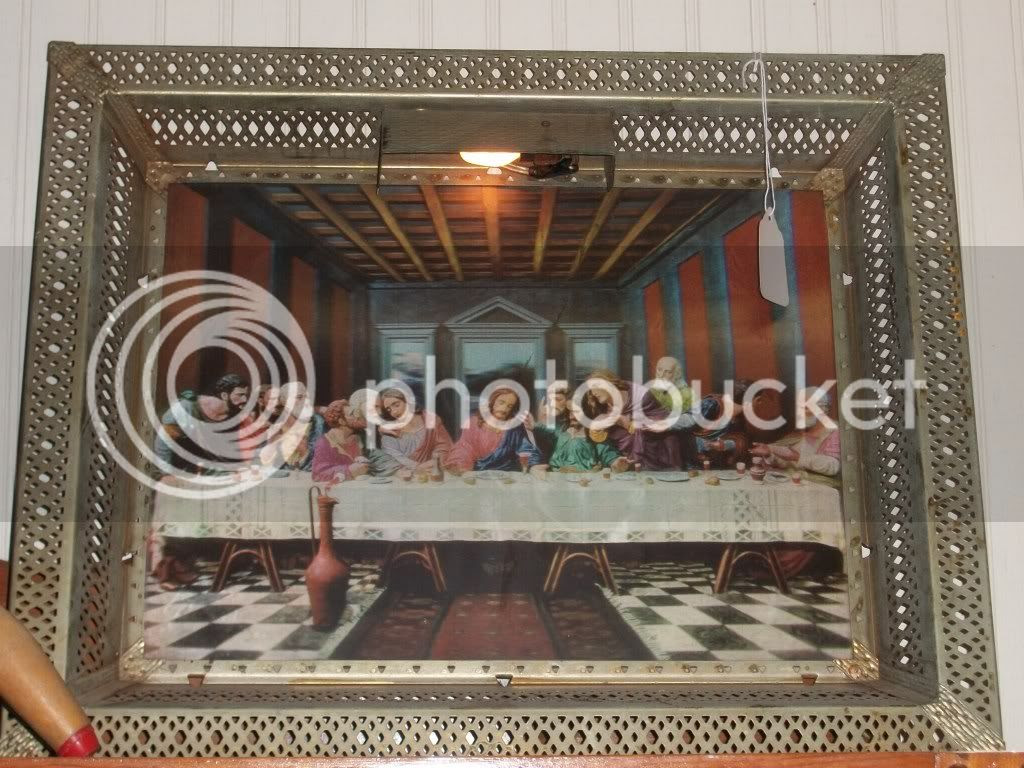 At the rate I'm going, I have the makings of quite a low brow art gallery, with the paint by numbers paintings and these lighted brass-framed babies.  I think the gallery will probably have to be in the man cave, i.e., the unfinished basement - She Who Must Be Obeyed does have her limits.
I'll be back with more photos from the Sled Fest, and some bonus pics and a couple more scores from another antique mall I hit on the way home.
Posted by Uncle Atom at 7:39 PM