We moved to our current home, a 1958 mostly original rambler, in January 2005.  It has 3 original tile bathrooms and the kitchen is mostly original as well.  I'll have more posts about it but for now, here are some shots of the front of the house and the entry. 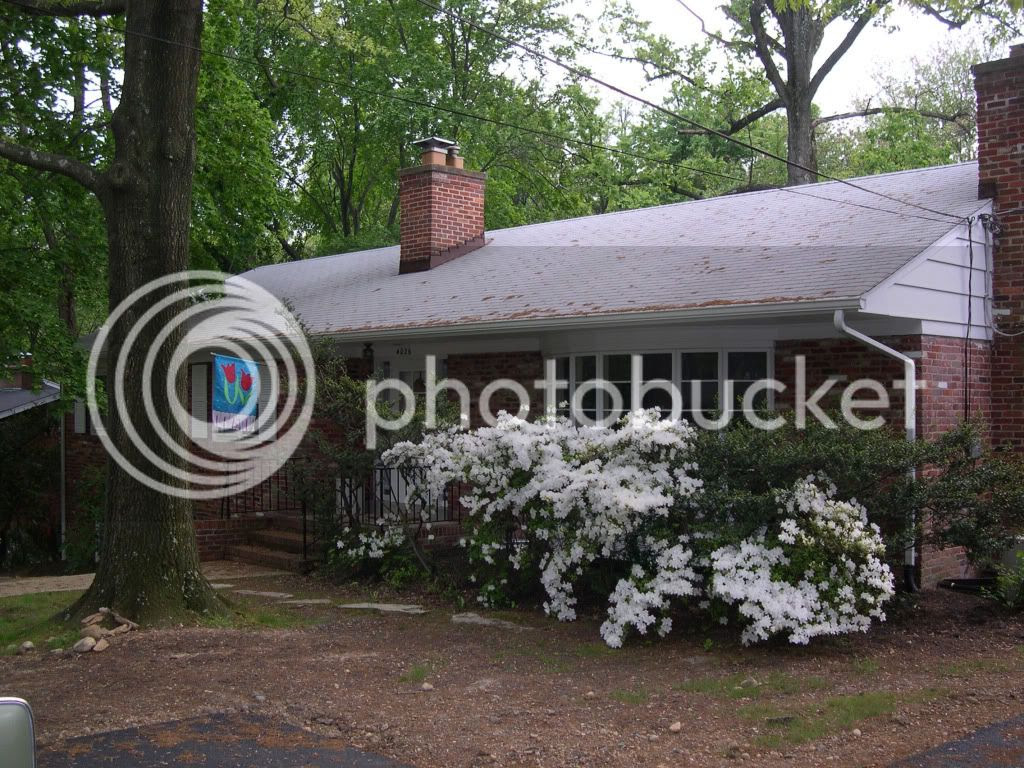 This was taken the spring after we moved in.  The mature azaleas give enough cover that we have not hung curtains in the picture window. 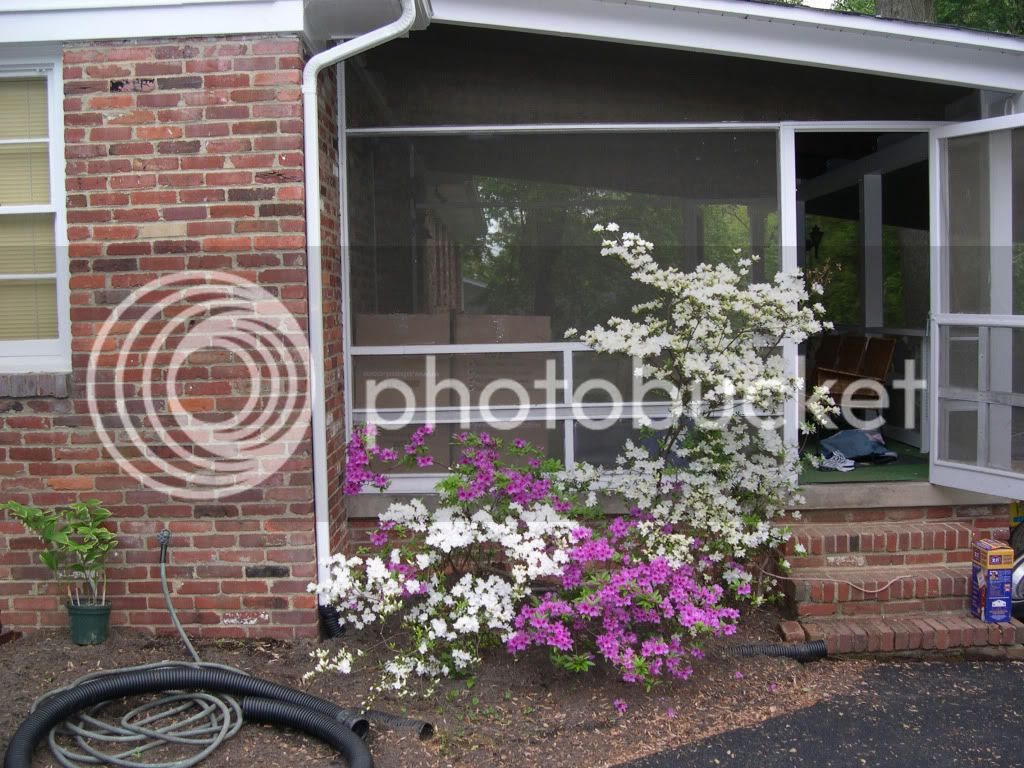 One of our favorite rooms is the rear screened porch, again it was basically untouched as far as I could tell when we moved in.  The ceiling of the porch and the adjacent carport are made of tongue and groove redwood.  I have since replaced the wood screen doors that were on the house with period correct aluminum screen doors I salvaged from a tear down. 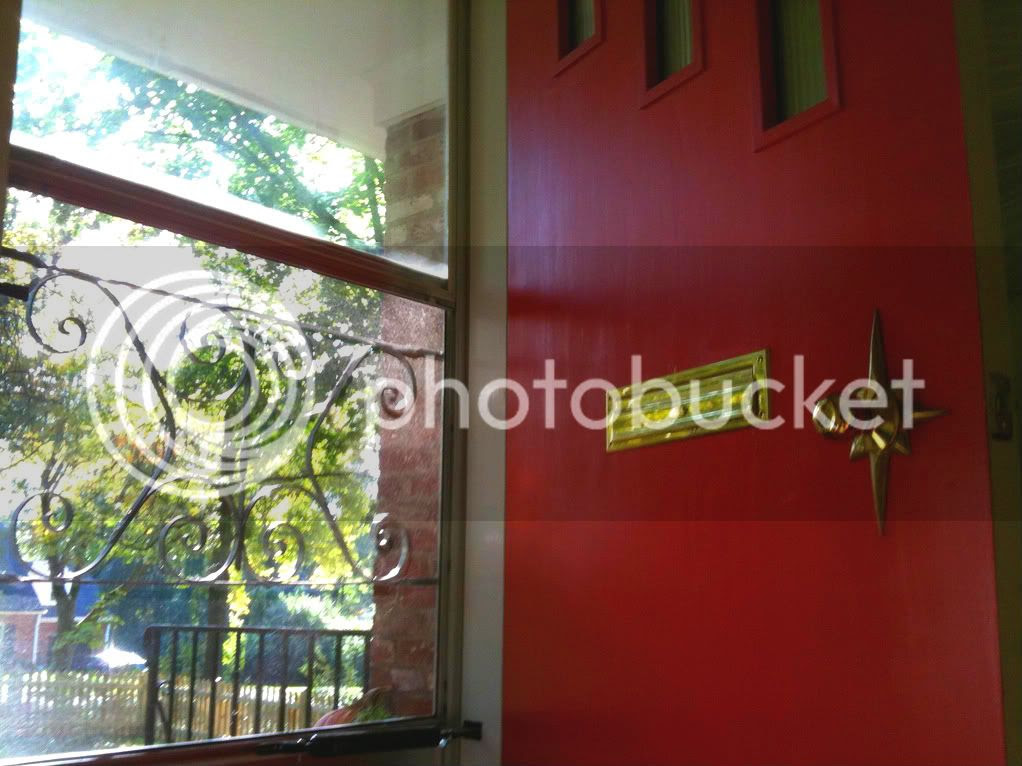 Our front door is original to the house, but until this year it was solid with no windows.  I bought a kit from Crestview Doors in Texas and cut the holes and added the windows.  The starburst escutcheon is not original, but it really dresses up our door.  The screen door is a modern door, but I have added the aluminum curlicue screen guard from a door I salvaged (that door swung the wrong way and unfortunately would not work for our front entry).  I'd really like to find a source for buying the screen guards but so far I've only found some decorative versions available through Moonshine Shades, but none of their offerings would fit this 36" front door width. 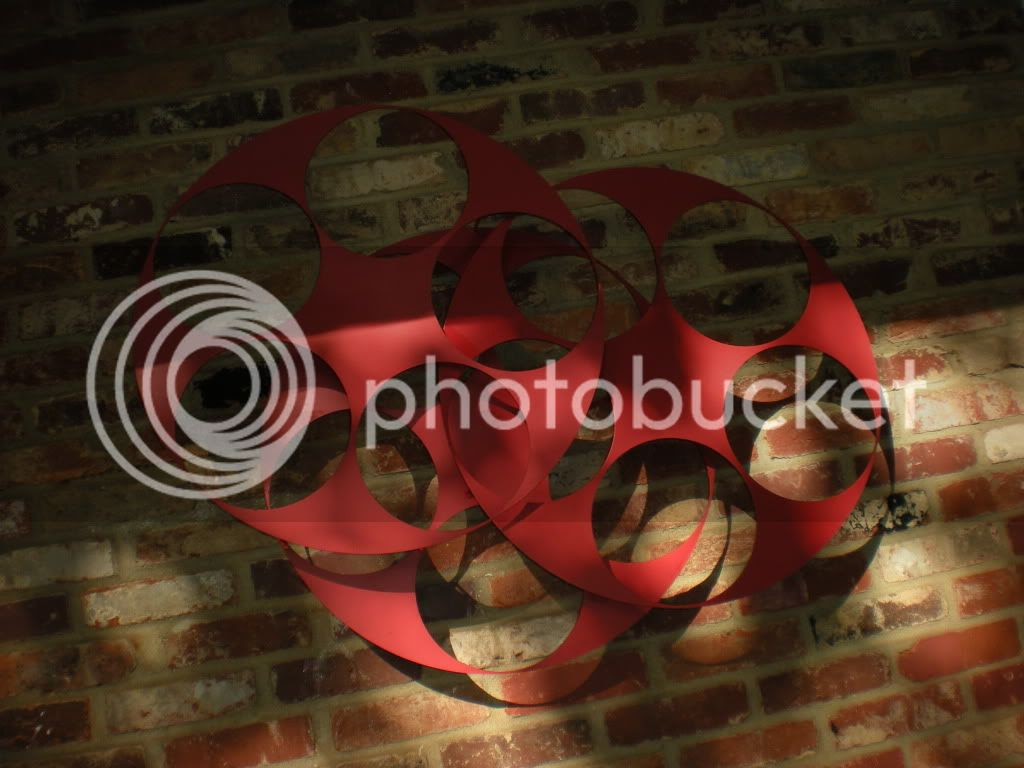 It's hard to capture a good photo of this three dimensional sculpture we have hanging beside our front entry.  We found this on a weekend getaway in West Virginia a couple summers ago.  It wasn't marked for sale at the antique/junk store we stopped at, but I was able to persuade the owner to sell it and got a very fair deal. I think it really adds a nice look to the entryway.
Posted by Uncle Atom at 6:29 PM