After my last update a few weeks ago, I got started with my plan for staining the deck.

I wanted to have some color, and decided to give this space something in common with our basement flooring. 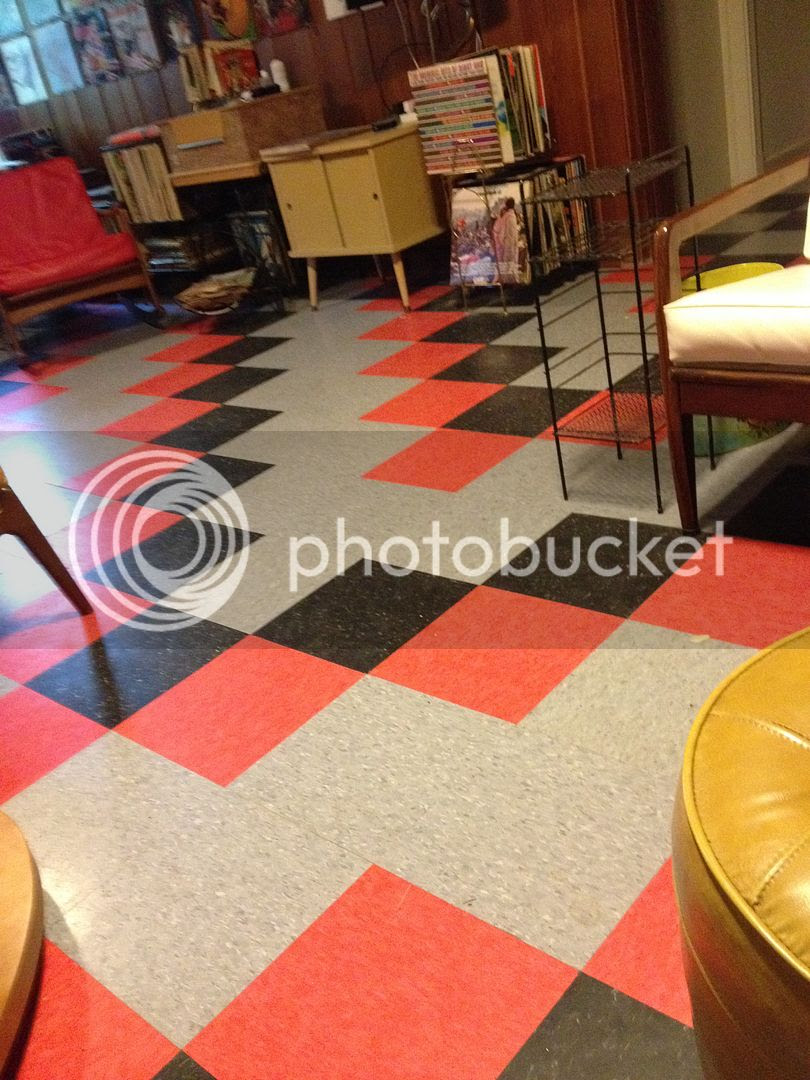 With that decision made, I picked out two solid stains to match up with the redwood color I used on the fence. I tried out my colors in the raised areas first. With those parts done in solid colors, I could see how the three colors would work together, and I decided to go for it. I figured the space was big enough to allow me to make two foot squares (if I had gone with one-foot squares, I would have gone crazy with all the taping). 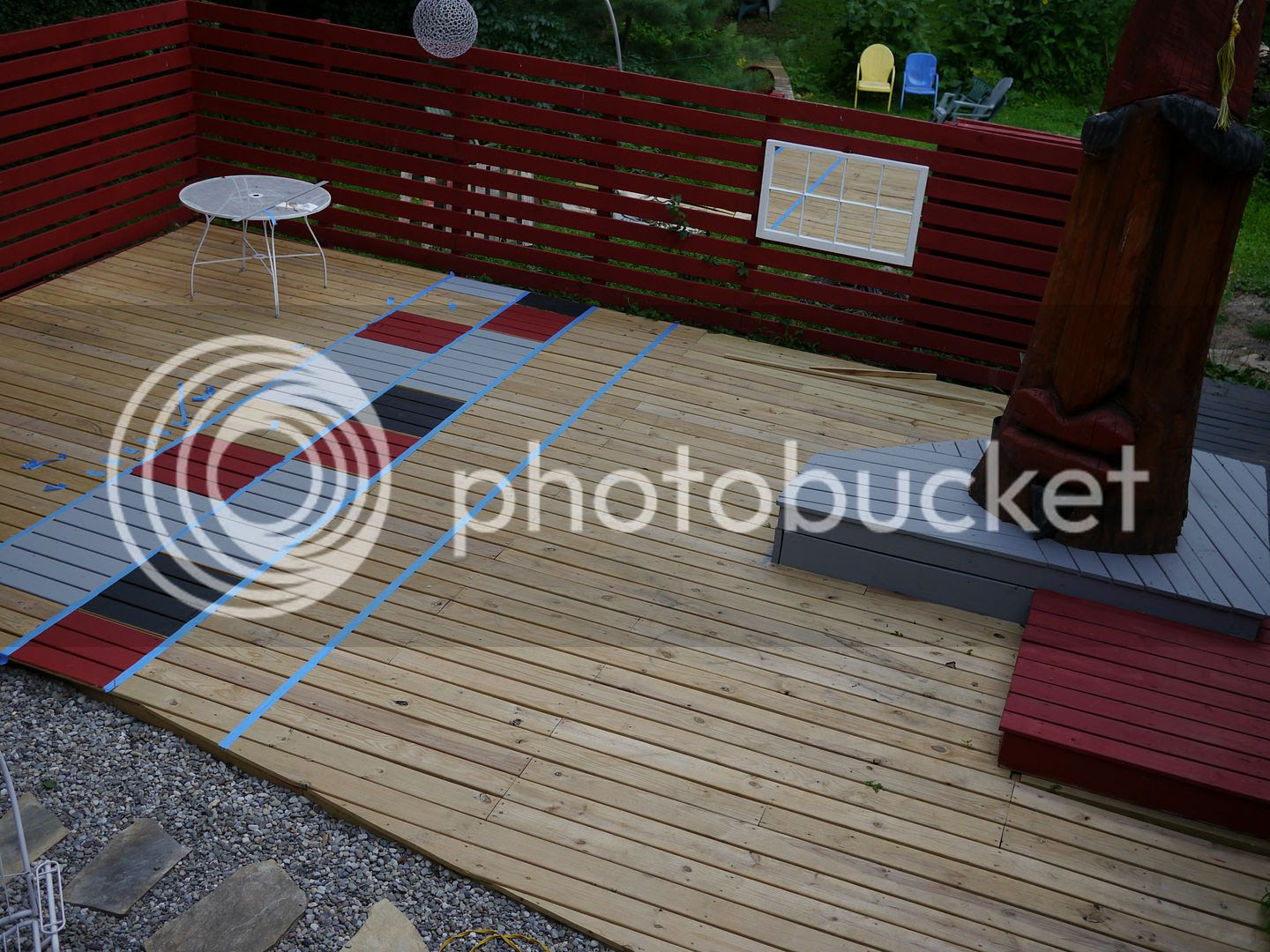 I started out in what I considered the middle of the deck and began laying out the lines. from there I used a 12-inch metal painting blade to keep the paint within the boarders.  About half way in, I made a "mistake."  Can you spot it? 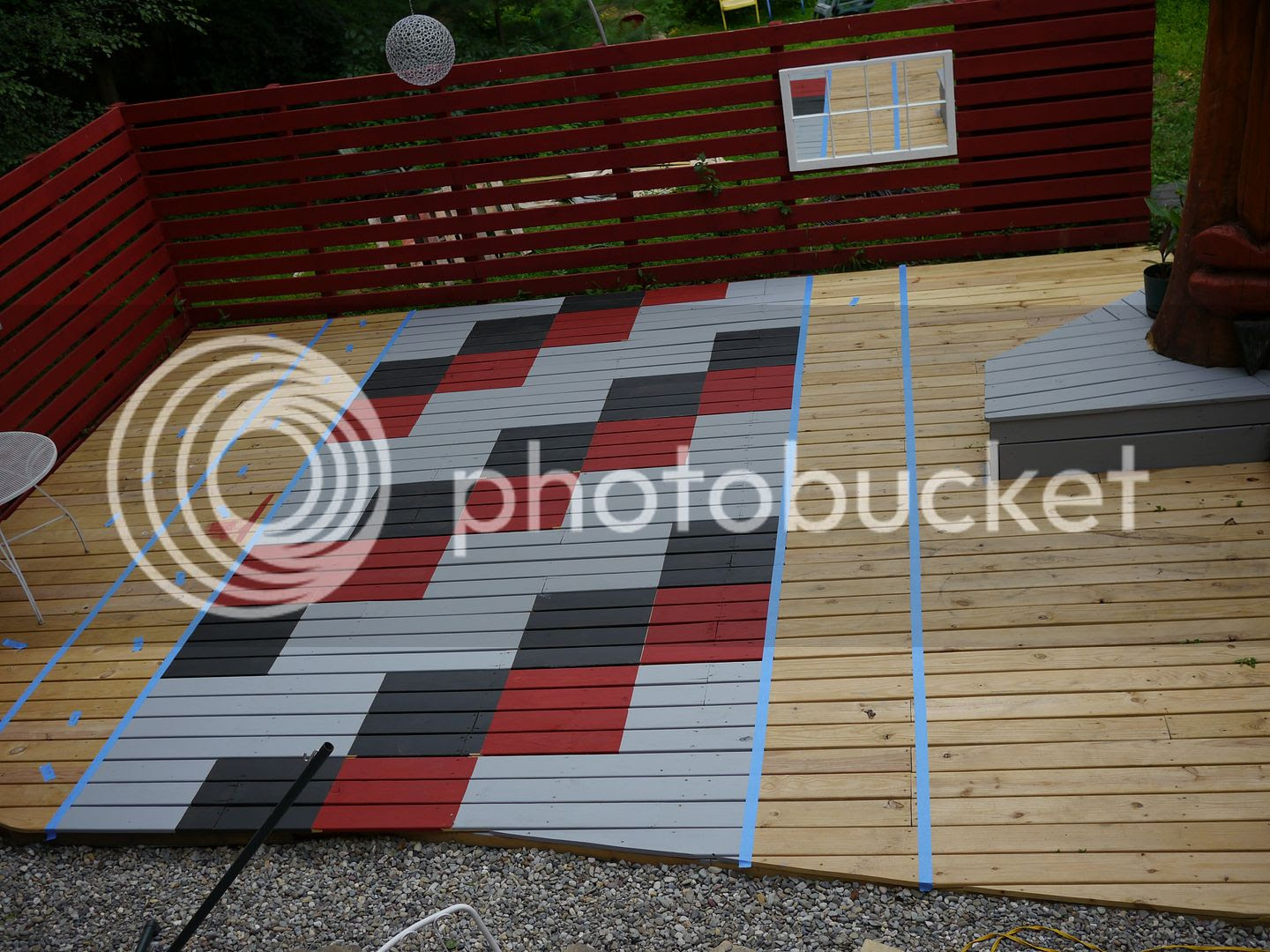 She Who Must Be Obeyed is a quilter, and she reminded me that traditionally, many quilters would purposely introduce a "mistake" into their work so as not to be perfect.  So, that's my story too, and I'm sticking  to it. I knew going in that it would take a lot of effort to deal with the visible edges of each board, and that took the most time as I squeezed the brush into the cracks between boards and worked to get complete coverage without getting spots of one color where another color is supposed to be.  I think the end result was worth it. 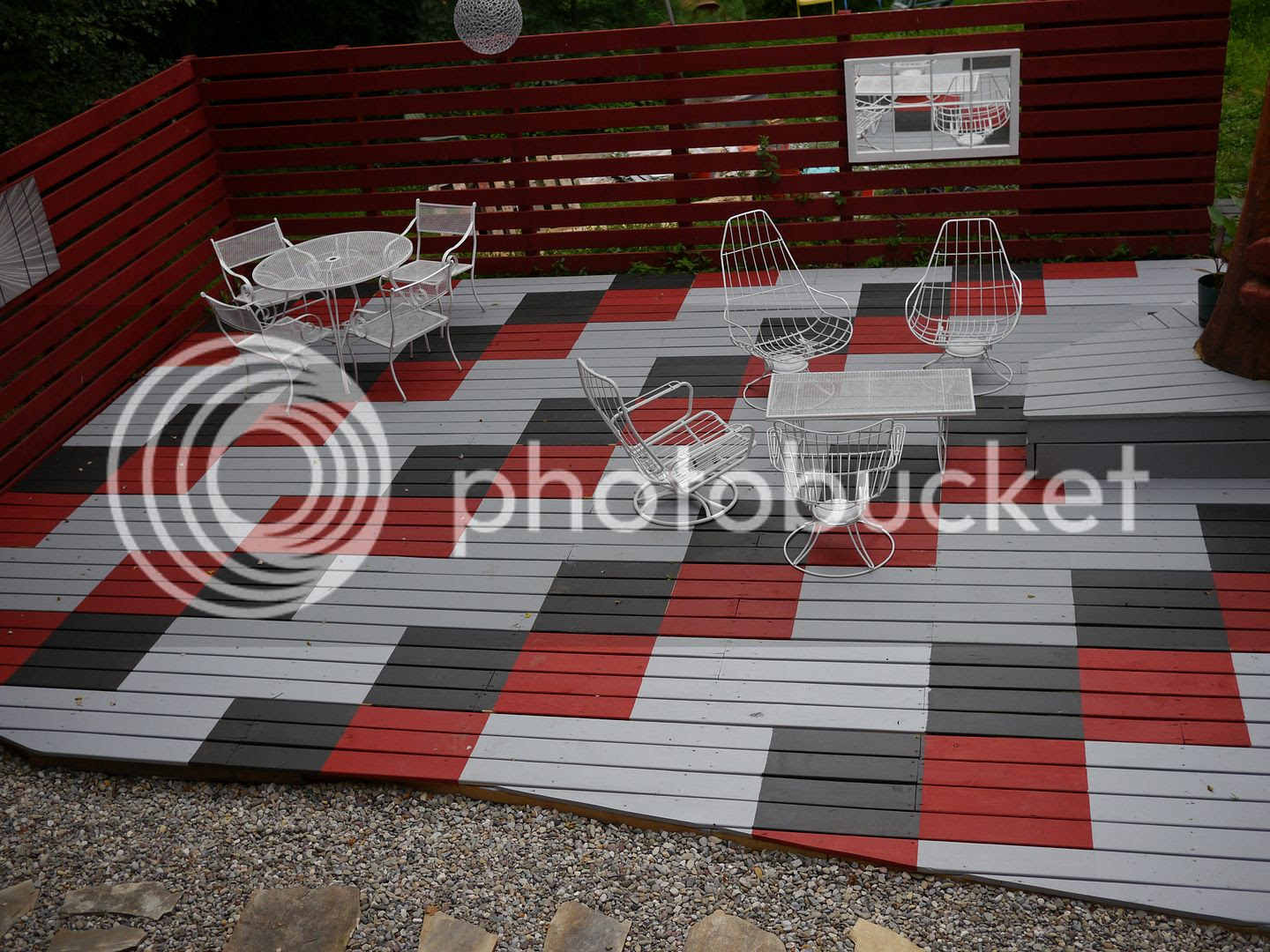 It worked pretty well, but I've got some touch up to do yet.