Lately I've been hitting the local thrift shops. Pickings haven't been great, but I have found a few things. So yesterday, I scooped up this wooden cat for $8.  It stands almost two feet tall.

It was worn and scratched and dinged, but for the price I knew I could give it new life.

First I needed to get the base off.  It had a single flathead screw and the screw was rusty and wouldn't come out. The base was not tight so with a few turns I had the base and cat separated, but the screw was still stuck in the base. After I broke the screw tip off while trying to turn it out with vise grips, I tried hammering it out with a steel punch.  That did the trick.

I sanded, primed, and painted the base with black spray paint.

While waiting for the primer to dry on the base, I used 100 grit sandpaper to knock down the scratches on the cat, and got most of the dings out too.  Then I used 150 and 220 grit sandpaper to smooth out the wood some more. Next I wiped the wood down with some Old English cleaner.

By this time the primer on the base had dried, so I hit it with some leftover gloss black paint.

Once the Old English dried I still wasn't happy with the finish on the cat, so using an old cotton T-shirt I wiped on a couple of coats of tung oil.

I think the tung oil makes it look good.

The last step was to find a replacement for the rusty screw.  I found one that was a little bigger than the old screw because I wanted something that would hold tight in the hole.

So here's the finished product. This hep cat should be good for quite a few more years now. 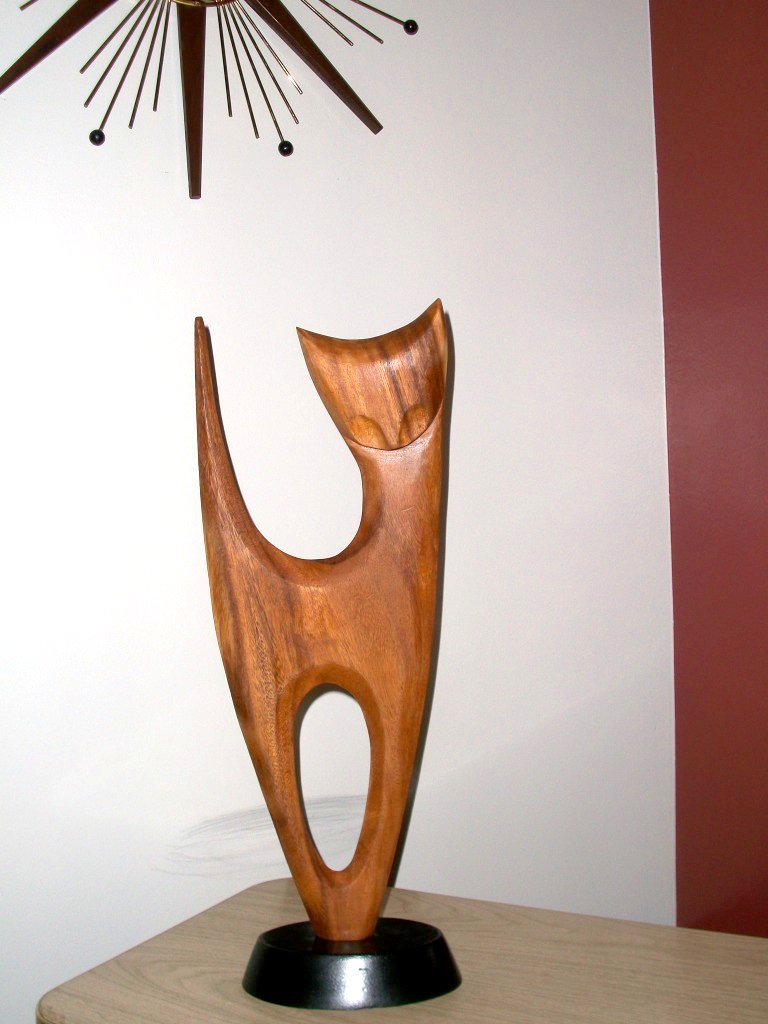 Does anyone know who made this?
Posted by Uncle Atom at 3:51 PM